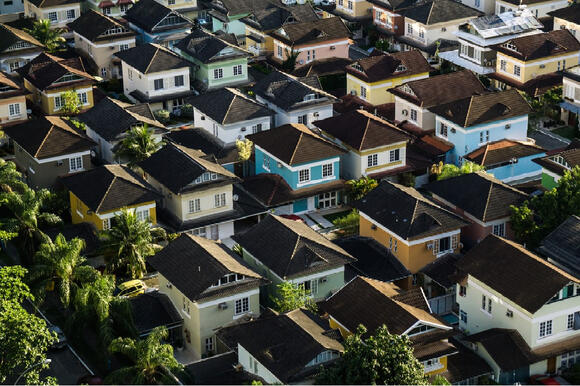 While the market has fallen somewhat since its peak in June, many homeowners are beginning to worry about a housing bubble.

Is America in the midst of another housing bubble?

When tremendous demand and wild speculation drive up the price of residential real estate to the point of collapse, it is called a housing bubble. If a bubble is allowed to grow unchecked, supply will rise to match the high demand, and prices will rise beyond a fair level. When demand drops quickly and unexpectedly, it causes a dramatic drop in property prices, causing the bubble to burst. People finally understand that what's going on isn't sustainable, which causes housing bubbles to burst.

Housing bubbles have occurred multiple times throughout history, dating back to 1837. It's significantly less common than other equity busts, which happen every 13 years on average. However, according to the International Monetary Fund, housing breakdowns often persist nearly twice as long, with nearly twice as large output losses, resulting in a much larger negative impact on the economy. The 2008 financial crisis is an excellent example of how a real estate bubble can contribute to a financial collapse.

Is the current real estate boom a precursor to a housing bubble?

The market is shaping up to appear more like a boom than a bubble, according to most observers. "I don't think we're in a bubble. We say bubble because we can't believe how much prices have gone up. But really a bubble tends to be something that's inflated that could burst at any minute and change. And that's not really the case here", Diana Olick of CNBC said.

While speculation has a role, the low mortgage rates are the primary driver of today's demand. The 30 year fixed-rate mortgage was set at 3.45 percent at the start of the epidemic in March 2020. That percentage had reduced to 2.87 percent in July 2021.