My goal is to educate, entertain, make you laugh, and above all, make you think. I will be running the gamut as far as my articles go because I have a restless mind and I allow it to ramble where and when it wants. I hope you enjoy what I'm looking forward to sharing with you. If so, I'd love for you to follow me. Thanks for reading.

We Could All Use "The Fab Five"

The 2018 iteration of “Queer Eye” is as affecting as the original. In a “zhuzhed-up” kind of way.

In 2003, the Bravo series, Queer Eye for the Straight Guy premiered to a somewhat nonplussed audience. (“Queer?” Can we even say that?) As it turns out, this was groundbreaking television.

The brilliant premise: Five gay guys overhauled the lives of clueless, straight schlubs, who were “nominated” by friends and loved ones for much-needed lifestyle upgrades.

Every week, the Fab Five would descend upon their unsuspecting target and with a light and often hilarious touch, make the dude over from head to toe.

In record time, Kressley would revamp his outdated wardrobe — never hesitating to burn a pair of raunchy flip-flops.

Rodriguez shared his knowledge of art, music, and entertainment.

Allen worked his particular magic in the kitchen, often “de-junking” the fridge while extolling the virtues of making fresh pasta and selecting just the right vino to accompany it.

Finally, Douglas did his thing via a fresh hairstyle and skincare tips. Voila! The frog becomes a prince.

It should be noted that one of Kressley’s things was his frequent use of the word “zhuzh,” the definition of which is “to improve appearance by way of a slight adjustment.”

“You want to zhuzh up your look? Lose the belt and pull your shirt out of your pants.”

I loved Queer Eye for the Straight Guy, which was shortened to just Queer Eye in its third season so as to include anyone, regardless of gender and sexual preference.

The show was fresh, compelling, and funny. The Fab Five was smart and erudite. And the series’ dedication to spreading the message of “tolerance,” sorely needed. It’s important to remember that “Queer Eye” hit the small screen well before the legalization of gay marriage.

Netflix’s 2018 update of Queer Eye is just as good. Maybe better. There is an emotional element to the show that I don’t recall in the original. And “acceptance” is the overarching message, this time around.

Created by David Collins, three seasons are available for viewing, all of which I’ve binge-watched. Immediately, I was drawn in.

Seasons one and two take place in and around Atlanta, Georgia. (Interesting, in and of itself.) Season three is set in Kansas City, Missouri. There are actually five seasons in all, thus far, with a special four-episode run in Japan.

Frankly, I could eat the new Fab Five with a spoon. Not only are they extremely easy on the eyes, they genuinely appear to be decent human beings. Not just actors in a TV show. And the tears at the end of each episode — from the Fab Five and their make-over alike — are just as genuine. I was moved, more than once.

The chemistry between these dudes is palpable and their joy in helping others, infectious. Plus, the soundtrack is killer.

Van Ness, by the way, is outrageously and unapologetically, feminine, in his speech and manner. And, equally as sensitive to others.

A delight to watch, the episode where Van Ness waltzes with a burly firefighter is a standout. As is the Fab Five’s guidance and support of a young, black girl who was shunned by her family for coming out. And, wait until you see what they do with a self-professed “redneck” in the pilot episode, “You Can’t Fix Ugly.” 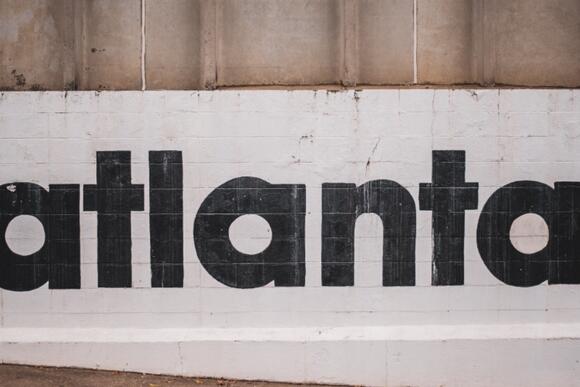 This incarnation of Queer Eye even takes on couples! And why not? I know a few marriages that could definitely use an overhaul.

There is so much that is good about Queer Eye that I can call it, without hesitation, “must-see TV.” Beautiful men. Interesting locales. Great music. A poignant, timeless message. It’s worth a look. If nothing else, Queer Eye is great entertainment, a diversion from the daily grind. Something we all need.

To the Fab 5 old and new: I truly love you guys. And, to Antoni, Bobby, Tan, Jonathan, and Karamo — if you can’t change hearts and minds, no one can,

To paraphrase Jonathan, you’re all “gorge!”

Sherry McGuinn is a slightly-twisted, longtime Chicago-area writer and award-winning screenwriter. Her work has appeared in The Chicago Tribune, Chicago Sun-Times, and numerous other publications. Sherry’s manager is currently pitching her newest screenplay, a drama with dark, comedic overtones and inspired by a true story.

My goal is to educate, entertain, make you laugh, and above all, make you think. I will be running the gamut as far as my articles go because I have a restless mind and I allow it to ramble where and when it wants. I hope you enjoy what I'm looking forward to sharing with you. If so, I'd love for you to follow me. Thanks for reading.

Street Racing? You're Being Watched, Finally!

In previous articles, I've complained about the trend in "street racing," in my Elgin community. Now, I'm sure this happens in other towns, but I live in this one and am appalled at the arrogance of drivers who think it's okay to crank up the speed to 90 mph on a 35 mph road, specifically, Congdon Avenue, which is also known as Shoe Factory Road. Once a sleepy side street, it is now a busy conduit to adjoining suburbs like Hoffman Estates.

It's "Give Something Away Day"

Area thrift shops are happy to take our "gently used" items. During the pandemic and resulting quarantine, many folks made a commitment to decluttering their homes. I was one of them. I figured that with so much time on my hands and stuck in the house virtually all day, every day, I had no excuse to avoid a task that has been on my "to-do" list for far too long.

The Jewel-Osco on Summit Street in Elgin is one of the smaller stores in the huge grocery chain. The only reason I regularly shop there is that it's three minutes from my home. Sometimes, it's all about "convenience."

Did You Go Overboard at the Elgin Farmers Market?

Here's a great idea for all those blueberries you snatched up. The downtown Elgin Farmers Market is in full swing right now and there's an abundance of fresh veggies, fruits, artisan goodies like cheese and bread, and a lot more. So, if you haven't been, make sure you head over to 31 S. Grove Avenue and support our local farmers this summer.

You Don't Have to Break the Bank to Break a Sweat

Planet Fitness in West Dundee hits all the right notes, including "affordability" This past year of Covid and quarantine knocked the stuffing out of all of us, in every way possible. Mentally, emotionally and physically.

Know what you're getting into as "today's beds" come at a price. My husband and I have been sleeping in the same, old saggy bed for years. Let me rephrase: I sleep. He is up and down all night, every night. Or, in and out, I should say, with absolutely no sexual subtext implied.

"News of the World" Author to Appear at Gail Borden Library

Enjoy a "conversation with Paulette Jiles," Tuesday, July 27 at 7 pm. If you've seen the film starring Tom Hanks and based on Paulette Jiles's novel, then you understand that News of the World was an incredibly detailed account of Texas culture in the 1800s.

City of Elgin to Create a Community Task Force on Policing

If you've ever wanted to have your say, now's the time. In the past, I've been very vocal about the fact that the Elgin Police Department lacks a strong community presence. I know this because I live in an area where motorists break the law all day, every day. Street racing is more than an annoyance. It's dangerous as hell and I've just about given up trying to effect change.

For Food and Atmo, The Village Squire Delivers

Eat, drink and be merry at West Dundee restaurant/tavern. Tucked away on a riverfront side street in downtown West Dundee, The Village Squire is the place to go when you just need to escape the hurly-burly of everyday living, and...chill.

Some Oak Trees in Elgin Besieged by Caterpillars

If you have oak trees on your property, especially of the white and chestnut variety and their leaves appear scarce, you might have an "issue" with gypsy moths. In fact, this year, their numbers are legion.

Summertime is the Right Time for a Farmers' Market

If like me, you don't have a green thumb and can't grow a tomato or pepper to save your life, the area's best farmers got you covered with fresh produce, specialty items, and flowers to help you bring the outdoors, in.

Elgin's Homeless Population on the Decline

That's not necessarily good news as evictions are on the upswing. Although I've lived in Elgin for twenty years, I'm ashamed to admit I haven't done as much exploring of this old city as I should.

Speed Racers in Elgin Cause Death of Two College Students

I knew this was going to happen. I've known it for a long time. I've alerted the Elgin Police Department to the ignoramuses racing in their souped-up vehicles, on Congdon Avenue, and on residential side streets. This blatant disregard for the law goes on every day, all day, in sporadic bursts.

"K-Beauty" Has Taken the Industry by Storm

The buzziest skincare products and trends have their origin in South Korea. I love to read about new trends in beauty. Especially since one of my goals is to age in reverse. Sounds crazy, I know, but, we all want to look and feel as good as we can for as long as we can, right?

And it won't be the first time the Chicago area has played a supporting role. Friday, film crews from SKIB Productions, shot footage in downtown Elgin, as well as Schaumburg and. Palatine, for a new holiday flick, Fight Before Christmas.

Ever since the onset of the pandemic, I find that most of my time "out and about" is spent shopping for groceries. I know, Zzzzzzzz. And, I agree. Grocery shopping can be a big snooze if you don't mix it up a little and try out different markets.

Carpentersville Walmart Does Away With Checkout Lines

A couple of weeks ago, I stopped into the Walmart Supercenter on Dundee Avenue in Carpentersville to pick up a few things. When I went to check out, I had to stop and get my bearings as I thought I was at the wrong end of the store, as I couldn't see any open lanes or cashiers.

Afraid of the Dentist? Elgin Practice Caters to People Like Us

For most of my life, I've feared going to the dentist. Actually, "fear" is too mild a word. I developed a big-time phobia of anything having to do with dental "procedures." Ugh! Just that word!

As in old school for us "old folks" This is when you know the sh!t gets real. Or, "surreal," take your pick. Everyone gets solicited up the wazoo these days. Whether it be hardcore junk mail, spam in our inboxes, or Robo-calls, there's no getting away from the fact that many businesses, some legit, others, not so, are pulling out all the stops to get a share of our hard-earned money.

Hunting Down a Bed in the Burbs: A Review

The Chicago area has plenty of mattress stores, just know what you're getting into. My husband and I have been sleeping in the same, old crappy bed for years. Let me rephrase: I sleep. He is up and down all night, every night. Or, in and out, I should say, with absolutely no sexual subtext implied.