Enjoying every second of my life

Pizza Hut is bringing back Detroit-style pizza, but there are no new locations in the city 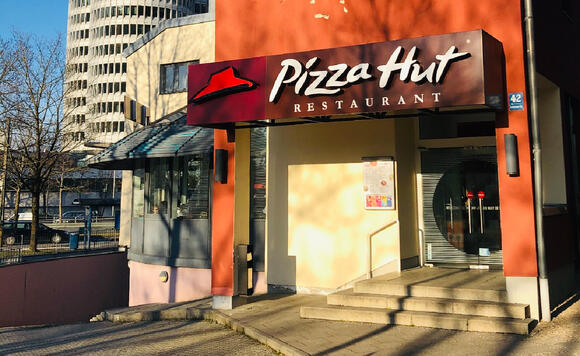 DETROIT, MI - Pizza Hut released a statement this week announcing the return of its Detroit-style pizza for the second year in a row. The news was greeted with joy in the local community. Unfortunately, Pizza Huts are nowhere to be seen in Detroit.

During the pandemic, the national chain shut down the last of its pizzerias in the city, as well as a few in the Detroit suburbs. In the spring of 2020, Farmington Pizza Hut closed its final sit-down restaurant. The Westland Pizza Hut closed its dine-in location in June 2020, and the Canton Pizza Hut closed its doors in March 2019 and moved its operations to a carryout location on Ford Road. Carryout-only Pizza Huts can be found in Dearborn, Dearborn Heights, Ferndale, Warren, Southfield, and other cities

Nonetheless, Pizza Hut claims that its Detroit-style pizza, which was introduced nationwide in the first quarter of this year, was such a hit that demand for its own square pizza in metro Detroit was two to three times higher than the national average. The launch also helped the Texas-based company achieve its best quarterly sales in a decade, according to the company.

Of course, in Detroit, which is a big fan of pies, there's plenty of Detroit-style pizza. Ann Arbor's Domino's Pizza and Detroit's Little Caesar Enterprises are two of the country's three largest pizza chains are based in Michigan. While, Michigan's Hungry Howie's and Jet's Pizza are ranked 11th and 13th, respectively. Domino's, which has a slight sales advantage over Pizza Hut, has yet to produce a Detroit-style pizza.

Buddy's on Six Mile and Conant, in Detroit, was the birthplace of Detroit-style pizza in 1946. It now has several locations in metro Detroit, with a new carryout store opening in Clarkston this fall and a 7,000-square-foot dining room opening in Okemos in early 2022.

The key ingredient in a proper Detroit-style pizza or known locally as Buddy's is the pan, which isn't edible to the uninitiated. The deep pans in which the pizzas are baked are responsible for the soft and airy square crust, the crunchy exterior, and the caramelized cheese at the edge. The pans are made of thick steel that resembles a cast-iron skillet rather than a cake pan. Pizza stores that still sell it are Belle Isle Pizza, Z's Villa, Michigan & Trumbull Pizza, Grandma Bob's, and a few other local pizza stores.

Enjoying every second of my life

Celiac disease sufferers, these gluten-free restaurants in Detroit should be on your list

DETROIT, MI – It is difficult to eat out while gluten-free. You might be concerned about cross-contamination, finding safe options, or planning your trip ahead of time. Here are a few gluten-free dining options in Detroit.

Lavender farms in Detroit you should visit at least once!

DETROIT, MI - Nowadays, the food truck trend has become an indelible part of culinary world. If you are looking for food trucks around Detroit, here are some worth-trying food trucks you should try.

DETROIT, MI – In this modern world, violence happens every single day in different parts of the world. It’s never a bad idea to think about protecting yourself, especially while you are on the streets. Here are some of the recommended self-defense classes in Detroit you should check.

Hit the dance floor in these Warren's top nightclubs

WARREN, MI - Are you looking for packed dance floors accompanied by upbeat music in Warren? Get in line at some of its best nightclubs as listed below. As a renowned venue for both international and domestic techno music, this club is filled with such a vibrant urban nightspot and bar with DJs performing house music. It is also one of the few clubs in Michigan to have installed the VOID acoustic sound system. Due to their stellar reputation in the DJ industry, Nora En Pure, Paul Oakenfold, Claude Von Stroke, Moodymann, Stacey Pullen, Kevin Saunderson, Cosmic Gate, AC Slater, Quix, Autograf, EDX, Eats Everything, Solardo, Jax Jones, and many more have performed at their events.

WAYNE, MI - Whether you are a visitor or a resident, you won’t be able to resist the sweet flavors of Wayne County. The most populous county in the whole of Michigan doesn’t fall behind when it comes to dessert.

MACOMB, MI - The performing arts scene in Macomb County is rich with theatre, music, dance groups for all ages and levels, and pottery. If you are looking for a new hobby to indulge in now that summer is over, Macomb County offers some of the best pottery studios for you.

Get your tattoo in these three tattoo shops in Ann Arbor

ANN ARBOR, MI - Tattoos are one of self-expression in the form of art. Tattoos can represent freedom, desire, commitment, creativity, and independence. Choosing the best place to get your body inked is a crucial decision. Here are three tattoo parlors you can find in Ann Arbor.

Where to wind down alone in Detroit for introverts

DETROIT, MI - When you’re an introvert, hanging out with other people can be a real energy zapper. Here are recommended places you can go to wind down alone in peace. Some of these places might be temporarily closed due to COVID-19, so please always check on their website before going.

DETROIT, MI - Entering some entertainment venues now requires proof of vaccination status or a negative COVID test within 24 hours and El Club is one of them now. El Club reopened for the first time since the pandemic ban was lifted at the beginning of this month. It returned with a jam-packed concert schedule.

Get ready for the "Move So Everyone Can" Virtual 5K!

ANN ARBOR, MI - Do you need a good, quiet, and comfortable place to study? Here are 5 recommended places to study in Ann Arbor you should visit. Known for its refreshing French Vietnamese Au Lait and Ice Dragons, Sweetwaters Coffee & Tea has three locations downtown. Two of the locations, 604 E. Liberty St. and 123 W. Washington St., close between 11 p.m. and midnight, depending on the day, while the one at 407 N. Fifth Ave. in Kerrytown Market & Shops closes around 10 11 p.m.

OAKLAND COUNTY, MI - Oakland County's summer festival "Soaring Eagle Arts, Beats & Eats" will be held in Downtown Royal Oak on Labor Day Weekend. The festival, which is set for September 3-6, 2021, is expected to draw hundreds of thousands of people for an end-of-summer celebration.

DETROIT, MI - Do you often find yourself staring at your empty plate wishing for more food? If you do, here are 5 recommended all-you-can-eat restaurants in Detroit where you can get your delicious second plate.

Enjoy a comfortable ride with these best bus services in Detroit

DETROIT, MI - Traveling is fun especially when you're able to get around the area you desire to with great busses. Finding busses can be a little bit tricky especially when you are not familiar with the area at all. Here are the 3 best busses you can try to explore in Detroit.

Check out where you can get delicious croissants in Detroit

DETROIT, MI - Croissant, a crescent-shaped pastry in the shape of the Turk's Islamic emblem, the crescent moon, is one of the famous types of pastries in the world. This originally French pastry is the best match for a coffee. Find out where you can get the best croissants in Detroit below.

The Townsend Hotel is now Sharecare VERIFIED! Learn more about what it means

BIRMINGHAM, MI - The Townsend Hotel can be proud as it is now officially one of the first hotels in the world to receive Forbes Travel Guide's Sharecare Health Security VERIFIED® designation.

Bring magic to your house with the help of these best house painting companies in Detroit!

DETROIT, MI - Good house painting brings good moods. Make your house looks like it's just been rebuilt with these best house painting in Detroit. A Klein Company offers a wider range of commercial services than any other facility maintenance company. The company can clean and paint your property from top to bottom, inside and out. Whether you need your carpets and upholstery cleaned, your production equipment repainted, or your floors stripped and waxed, this company can help.

ANN ARBOR, MI - Starting on August 29, 2021, The Ann Arbor Area Transportation Authority (TheRide) will be restoring its full-service levels after its reduced service during the peak of the COVID-19 pandemic. To better serve the community, all routes and services have been adjusted. According to the Transportation Security Administration (TSA) order, face masks will be required until further notice.