Inside the $6B Acquisition of Charlotte-HQ’d Extended Stay America 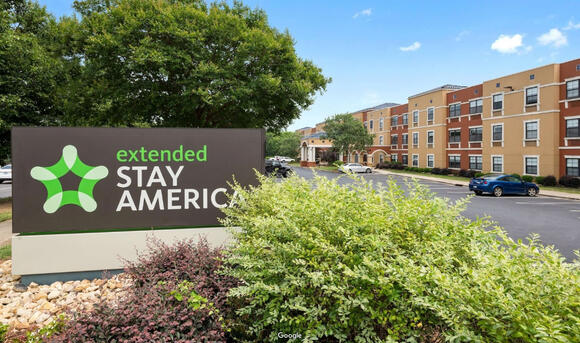 The mega-deal is the largest of its kind so far this year, as news emerged last week that it would be mostly financed through a massive $4.65 billion commercial mortgage-backed securities (or CMBS) offering. Commercial Observer and Bloomberg reported that the loan—originated by JPMorgan Chase, Citigroup and Deutsche Bank—is one of the largest single-asset, single-borrower CMBS loans in the last decade, following the $5.6 billion CMBS loan Blackstone secured in 2019 for an $18.7 billion acquisition.

Per its first-quarter 2021 report, Extended Stay America owns and operates 563 hotel properties, comprising 62,700 rooms across 40 states. The company's home state of North Carolina claims about 5% of its portfolio, with 31 hotels and 3,168 rooms spread across the state as of December 2020. That includes seven locations in Charlotte.

The company relocated its headquarters to the Queen City from Spartanburg, South Carolina, in 2011. At the time, the Spartanburg Herald-Journal reported that air travel access was the main motivation for relocating. That year, the Charlotte Douglas International Airport ranked sixth on the Airports Council International's list of the world's top airports by landings and takeoffs.

The move came as the company re-emerged from Chapter 11 bankruptcy in 2010 after it was acquired by a group of investors, including Blackstone Group, for $3.9 billion. Blackstone had previously acquired the company in 2004 before selling it for $8 billion three years later.

Last year, Blackstone re-entered the picture to grab a 4.9% stake in the company through its Blackstone Real Estate Partners arm, which has about $196.3 billion assets under management as of the first quarter of 2021. Florida-based Starwood Capital Group, with more than $80 billion assets under management, also stepped in to purchase an 8.5% stake in 2020. Starwood is no stranger to Extended Stay either—Blackstone outbid the firm in a 2010 auction for the then-bankrupt hotel chain.

In March of this year, the two firms teamed up to propose a $6 billion buyout, priced at $19.50 per share. They later upped their offering to $20.50 per share, and shareholders voted to approve the transaction earlier this month.

It's unclear whether Extended Stay America will maintain its headquarters in the Ballantyne area. The company's 2020 annual report mentions it was negotiating an extension of its lease term, which is set to expire in August of this year.

With tourism stagnated and travel limited in 2020, the COVID-19 pandemic naturally rocked the hospitality industry.

Those trends appear to be continuing this year, as Extended Stay's first-quarter 2021 RevPAR only decreased by 1.7% from the same period last year. Comparatively, year-over-year RevPAR across the entire U.S. hotel industry fell to 48.2% in January and 44.8% in February, while March's RevPAR represented a 35.8% decline from pre-pandemic levels in March 2019.

Davidson College's Jay Hurt Hub for Innovation and Entrepreneurship.The Hurt Hub@Davidson via Instagram. Next month, Davidson College will host an Innovation Week to convene at least 200 entrepreneurs, startups and investors from across the Charlotte region for a week of networking, workshops, panels and other activities.

The U.S. Census Bureau's weekly Small Business Pulse Survey offers an inside look at how small businesses across the country are faring in the COVID-19 pandemic. The Charlotte-Concord-Gastonia metropolitan statistical area (MSA) is one of 50 regions included in the survey, which gathers responses from about 885,000 non-farm, single-location businesses with fewer than 500 employees and at least $1,000 in receipts.

Afrofuturism Fest to Debut in Charlotte Next Month

Map of homes for sale in Charlotte, via Trulia.Trulia.com. As you might have heard, Charlotte's real estate market is exploding. Over the past year, the number of new listings and closed sales jumped 6.1% and 24.8% in the Charlotte metro area, respectively, per Canopy Realtor Association data.

Charlotte's top private schools say they're seeing a boost in enrollment ahead of the upcoming school year, following a steady growth trend over the past several years. NewsBreak reached out to the city's largest private schools, as ranked by enrollment on Niche.com, about their preliminary enrollment figures for the 2021-22 school year. We asked whether they saw a rise or drop in the number of new applications coming in compared to previous years, how many current students/families committed for the next school year, how many new students were added, and whether they're seeing families leaving in favor of public schools.

The Charlotte Area Transit System (CATS) announced it selected three paintings by local artists to be printed on its next lineup of transit passes. Launching in 2022, the monthly bus and light rail passes will be adorned with colorful artwork inspired by the Queen City's downtown streetscapes.