Single mama, full-time writer, ex-vangelical. It's not about being flawless, it's about being honest. I cover real-life issues, like family, parenting, relationships, and spiritual abuse. 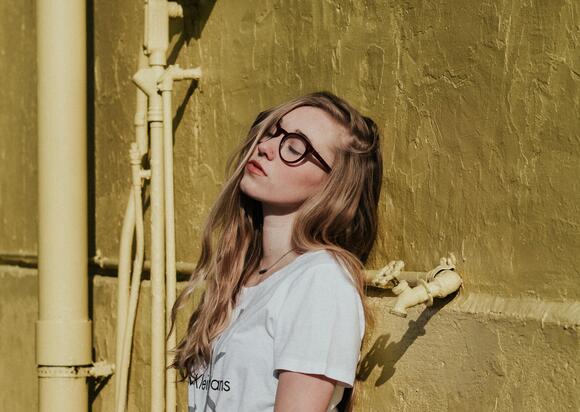 Photo by Joanna Nix on Unsplash

Every single time I write about demisexuality, somebody (usually multiple somebodies) chime in to tell me that the whole label is unnecessary because being demisexual is already the norm.

Unfortunately, this is a myth about demisexuality. Some people insist that demis don’t process attraction any differently than most people.

The problem is that it simply isn’t true.

Physical attraction to strangers is scientifically proven to be pretty darn ordinary. That’s why most people get the concept of "love at first sight." And why plenty of people will ask out an attractive stranger or at the very least, ask for their number. (They find that person attractive right away.)

Of course, that doesn’t mean that most people will act upon that attraction. Just that most folks are wired for feeling immediate attraction within a brief period of meeting somebody new.

And that makes sense from an evolutionary standpoint, right?

There have been tons of studies about human attraction and most psychologists agree that it takes people between 90 seconds and 4 minutes to decide whether they're interested in a stranger.

That's not much time at all.

Especially for demisexuals. In fact, the whole definition hinges upon asexuality meaning that we don't feel sexually attracted to another person unless we sense a deeper connection first.

Myth #1: Demisexuality is a meaningless label that describes everybody.

If that were the case, nobody would ever gawk at a "hot" stranger. It is so widely established that feelings of lust for a random stranger are normal that I can't believe I have to say this.

The label demisexual is helpful to explain to potential partners that we are wired differently than most. When those people actually believe us, it saves everybody a headache and helps prevent miscommunication about where attraction lies.

Myth #: 2 People call themselves demisexual just to get attention.

This is so dismissive it's gross. We are talking about attraction which is typically psychological and physiological. But demis do not feel attraction without the emotional piece in place first.

Demisexuality isn't actually about who you'll sleep with. It's about who you're attracted to. That distinction matters because nobody can control initial attraction. Demis typically don't understand their friends going gaga over the new guy in school, that model on the subway, or the hot doctor in the emergency room.

There is no benefit in making up a meaningless term for our sexuality. It doesn't make us exotic. Plenty of people find us to be buzzkills just for being honest about who we are. If we're not honest, it's way too easy to get ourselves into dangerous situations where we feel pressured and our dates decide we're a tease.

Maybe it was easier in the past to be demisexual. Back in the days of "going steady," it was more normal for some relationships to move slowly.

But again, that's not what demisexuality is about.

Men and women still had to decide whether or not they were initially attracted to another person to even consider one date. One date, 6 dates, or even 15 dates may not be enough time for a demisexual to feel sexual attraction in the first place.

There is zero proof to believe that most humans didn't used to feel immediate sexual attraction to strangers. Pin-ups, anyone? Countless books, songs, and films have been based upon immediate sexual arousal (whether or not sex takes place at all) and most people relate to that.

This is basic human behavior, which is why demis often feel so out of place.

Myth #4: Only women are demisexual.

Any person of any gender may identify as demisexual. When people say that only women are demi, they are suggesting that women are not sexually aroused by strangers. And that only men feel immediate sexual arousal.

Frankly, it's damaging to everyone to make gendered expectations of people surrounding arousal and desire.

Myth #5: Your demisexual friend is bound to fall in love with you.

Being demisexual doesn't mean that you fall in love with your friends. Some sort of deeper emotional connection is simply a prerequisite for a demi to begin to feel sexual attraction.

Plus, every demi is different and requires a different level or style of connection.

Think about any type of mating ritual among humans. School dances, online dating, dance clubs, bars, and general peacocking. While most people are out there trying to make a good first impression to anybody who looks good, demis are usually the ones rolling our eyes at the strutting and yawning about the whole thing.

Such scenes aren't for us because we're not really interested in coupling off with someone we either don't know, or somebody we do know but feel no interest in. But give us the opportunity to slowly connect?

That may finally awaken our sexual desire.

Single mama, full-time writer, ex-vangelical. It's not about being flawless, it's about being honest. I cover real-life issues, like family, parenting, relationships, and spiritual abuse.

10 Red Flags To Avoid In the Men You Date

Back in my twenties, I had a friend who used to say, “red flags are roses.” What she meant was that in the eyes of a new crush, it’s easy to overlook red flags. So easy, in fact, that you might even mistake those red flags as more redeeming qualities.

11 Traits of a Highly Toxic Girlfriend

It takes one to know one. If you’re someone who’s watched a lot of Crazy Ex-Girlfriend, you’ll know what I mean when I say I used to be a lot like Rebecca Bunch. As someone who’s been previously diagnosed with borderline personality disorder (BPD), I can tell you that the show’s depiction of the mental illness was pretty much on point, despite the absurdity added for comic relief.

Back when I was pregnant with my daughter, her father "came out" as polyamorous. I was a bit skeptical of his claim since he had a lifelong history of infidelity (lies), and most poly people I've encountered are serious about ethical (honest) non-monogamy.

If you’re not careful, they will make you think you’re crazy. It’s tempting to think that anybody who cheats is a “cheater,” but I don’t really believe that to be true. For a lot of people, cheating is a one-off, or at least, an out of character series of decisions.

This Is How You Love Someone with Depression

Being our friend is both easier and harder than most people think. Whenever I write, it’s coming from the perspective of the person who is mentally ill and fighting depression. And usually alone. I have never had a stellar support system, and as an adult, I’ve really struggled to make long-lasting or true friends.

Three Small Words More Powerful Than “I Love You”

These are also some of the hardest ones to say. When I was in fifth or sixth grade, I betrayed one of my girl friends by admitting to her crush at the time that she liked him. It came back around to her by the end of the day, since grade school boys (shockingly) don’t keep secrets to themselves.

We’re not manipulative, crazy, or psycho. For at least 20 years — though I suspect much longer — I’ve been battling mental health issues. Initially, I was diagnosed with depression. That never seemed quite right, or all, and my next diagnosis was dysthymia.

Cheating Is Nothing But a Fantasy

And it’s not so much about fooling our partners, but fooling ourselves. I’ve been cheated on more than once, but I was once “the other woman” too. You can even say I’ve cheated on a boyfriend, though, to be fair, I don’t think most 14 year olds make great choices when it comes to high school love triangles.

The friend zone. That mythical purgatory of persecution where the someone you like doesn’t like you back. It doesn’t matter that you’re clearly perfect for each other — because they heartlessly stuffed you into the dang friend zone long ago and refuse to see you in any other light. Am I right?

Tired of Yo-Yo Dieting In Cleveland? You May Need to Quit Trying to Lose Weight

Here’s what I’ve learned about combining weight loss and intuitive eating. Photos by Thought Catalog (left) and ian dooley (right) on Unsplash. The other day, a reader left an earnest comment on one of my articles that I knew I couldn’t ignore:

It would be great to celebrate more than mediocrity. Last week, I caught this tweet from our state’s governor, Bill Lee. Our state is proof that conservative principles work.

For one thing, it’s not all bad. Back in August, I wasn't sure what to expect with schools opening back up in Cleveland, Tennessee.Parents seemed pretty divided about the whole thing, but I knew if my daughter didn't go back to school, I'd never get any work done.

Where I’m From: Saint Paul Edition

An exercise in understanding. The University of Minnesota’s Global Programs and Strategy Alliance and the Center for Educational Innovation developed an activity called "I Am From." They were inspired by the classic poem "Where I’m From" by George Ella Lyon. The purpose of the exercise is to "foster student interaction in the classroom," but countless adults and writers have found benefits to the activity as well.

If you've got a hoarding situation in Tennessee, there are businesses that can help you get your life back. Bio-One took this photo of my living room during their initial walk-through.

Hey Cleveland! You Don’t Want to Miss Out on These Delicious Valentine Deals!

Impress your sweetheart without breaking a sweat in the kitchen. Valentine’s Day is coming up fast, folks. Are you ready? This year, a lot of us will be spending the holiday at home, but that doesn’t mean you can’t up your dinnertime game.

I’m guessing that you’ve already noticed, but the weather down here in Cleveland, Tennessee has getting cold. Today, in particular, it’s a pretty gloomy day:. And while my daughter and I have both done really well since school started back up in August, it looks like the common cold has finally hit us this week.

People love to talk about the secrets to a successful marriage, as if there are seriously any secrets to making anything last forever. To be honest, I'm not a big fan of advice that supposedly reveals secrets. That's why you'll never see many (if any) stories from me with the word "secret" in the title.