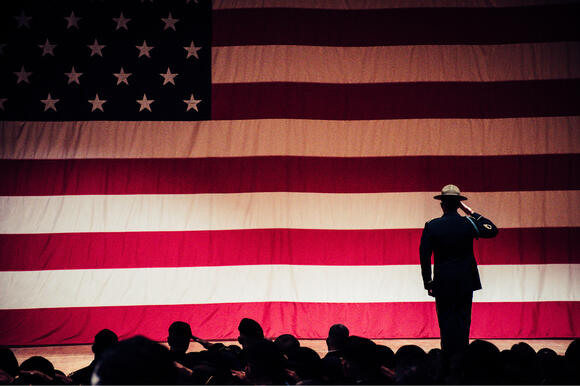 PHOENIX, AZ — On Memorial Day 2021, the Phoenix Police Department lost one of its members. Officer Ginarro New was killed while on duty, struck by a red-light runner. Police agencies, friends and family paid tribute to his life with last call and a memorial service.

"Ginarro did what officers do every day," Phoenix Police Chief Jeri Williams said through tears. "He faced uncertainty and danger, but without hesitation, he fully embraced the risks that are inherent to this profession, and remained dedicated to the Phoenix Police Department's mission of keeping our community safe."

In the final hours of May 31, 2021, the 27-year-old was involved in an on-duty crash at Greenway and Cave Creek. He was rushed to a neighboring hospital, where he succumbed to his injuries. He'd only been on the force for less than two years.

"He had a heart of gold, a humor that raised the spirits of everyone around him," Chaplain Bob Fesmire said at Officer New's service. "But Ginarro New was this person long before he ever put the uniform of a marine, the scrubs of a healer, the tennis shoes of a teacher or the badge of a police officer on his chest. Today we give honor to him because anything less would be to turn our backs on everything that is good left in this world."

​Officer New leaves a wife, mother, brother and grandmother behind.

"There is no reason for this," Kristen New, Officer New's wife, said. "Not everything happens for a reason. But I think there is a lesson. And I hope this is the lesson that you all will take from this tragedy. It is that life is short. Yes, we know it. But do you feel it? Are there things you're putting off. Are there people you haven't told that you love. That was one of the great things of Ginarro is that he always told you how much he loved you."

The last call for Officer Ginarro New can be watched by clicking this link https://www.youtube.com/watch?v=TGbTOQ4RVH8&ab_channel=PhoenixPolice.