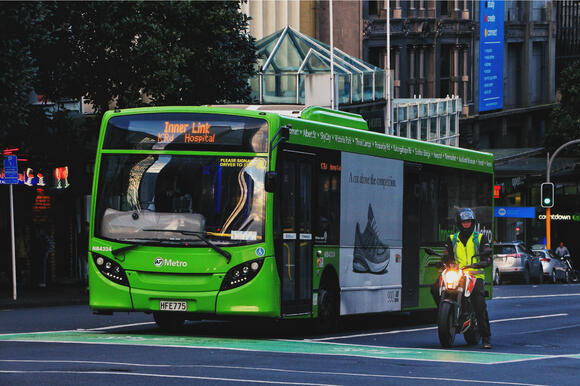 Including Phoenix, there is dozens city in the United States that currently developing the Bus Rapid Transit (BRT) systems, including Las Vegas, Los Angeles, New York City, and Seattle. With the support of the community, Phoenix BRT will be developed in areas where ridership shows the greatest need for transit in the future and help riders commute across Phoenix and to other cities.

Some of the elements found in the Phoenix BRT program include custom buses, unique branding, dedicated lanes, and transit spot improvements such as transit signal priority and queue jump lanes. Instead of paying the fares on the bus, the BRT system will feature an advanced fare collection system, fares can be purchased on your phone or at a kiosk.

According to the Citizens Transportation Commission and the Phoenix City Council, the BRT team re-evaluated the T2050 plan and determined six possible BRT corridors:

The 35th Avenue and Van Buren Street corridor will be recommended to City Council as the initial BRT corridor for consideration in fall 2021 after being approved by the Citizens Transportation Commission on May 27, 2021.