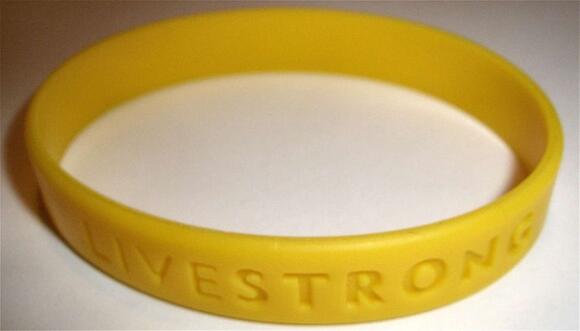 Photo from Sherool on Wikipedia Commons

Growing up, I saw wristbands of Livestrong everywhere as symbols of cancer advocacy. Livestrong is synonymous with Lance Armstrong, the famous renowned cyclist. I never quite had a personal connection with the wristbands despite three people in my family having cancer, but I equated Livestrong with fighting cancer and cancer awareness.

For many, Lance Armstrong was a hero. He won seven Tours de France, and he did so all while being a survivor of testicular cancer.

His reputation would later be devastated by his admission to Oprah about doping amidst an investigation from the United States Anti-Doping Agency (USADA). Even people like myself who don’t watch cycling at all were familiar with Lance Armstrong as a household name and equally devastated by knowing he was a cheat.

My friends would often refer to him as just Lance as if they knew him personally. According to Nigel Chu at Marca, Lance Armstrong didn’t just cheat. He bribed and bullied people to keep his cheating secret, which means we didn’t know him personally.

Overnight, Lance Armstrong went from a hero to a disgrace. In the meantime, he resigned from the board of directors of Livestrong. The charity responded with a statement:

“We expect Lance to be completely truthful and forthcoming in his interview and with all of us in the cancer community … Regardless, we are charting a strong, independent course forward that is focused on helping people overcome financial, emotional and physical challenges related to cancer … Inspired by the people with cancer whom we serve, we feel confident and optimistic about the Foundation’s future and welcome an end to speculation.”

At the back of my mind, I realized I never saw the Livestrong wristbands anymore. It made sense — Lance founded Livestrong. And when so much of your brand identity revolves around one person, one celebrity, the whole organization rises and falls with that person. After the controversy behind Papa John CEO’s racist comments, shareholders were very displeased, leading the company to suffer.

According to Brent Schrotenboer at USA Today, Livestrong dealt with an identity crisis following the collapse of Lance, and the revenues showed that crisis. In 2011, the charity gained $47 million in revenue, but in 2014, annual revenue was $16.6 million.

At its peak, Livestrong had a partnership with Nike, which designed its wristband with the help of an advertising agency. Nike helped Livestrong raise more than $100 million through its wristbands.

It’s no wonder the charity struggled. The charity had to “redesign their revenue generation based on what their programs are rather than Lance’s celebrity,” according to Danil Borochoff, the president of a charity watchdog group. It changed its name from the Lance Armstrong Foundation to the Livestrong Foundation.

Livestrong struggled far beyond Nike dropping the charity. A lower profile loss was Major League Soccer team Kansas FC renaming “Livestrong Park” to “Sporting Park.” Both Kansas FC and Livestrong denied Armstrong’s cheating scandal played any part in the relationship — instead, both attributed financial disagreements and either side not living up to each others’ agreements.

During its peak fundraising years, Livestrong helped many with one-on-one cancer support services. A cancer patient could call for help with treatment and counseling.

The Associated Press notes Livestrong had a “re-launch” ceremony in 2020, where the charity rebranded itself. Lance Armstrong was not seen at the rebranding ceremony, but the charity said it was shifting its focus to supporting businesses and entrepreneurs seeking to provide treatment.

It’s hard to say Livestrong was “not about one person” when its success as a charity and fundraising relied so much on Lance Armstrong’s celebrity and similarly struggled without Armstrong’s legitimacy behind it. Despite doing its best to distance itself from Lance, all Livestrong could do was mitigate the damage.

But come on — if I worked at Livestrong or any cancer charity, I would also rely on a figure that loomed as large as Lance Armstrong to raise money, especially if it was a company founded by Lance Armstrong.

No one could predict Armstrong would fall into scandal. And the onus lies with Lance Armstrong himself for putting his own glory over the well-being of a cancer charity, but at the same time, the charity relied significantly on Lance Armstrong’s glory so it was a two-way street.

Armstrong has many defenders, including Jonathan Vaughters, who believes Armstrong has been treated more harshly than other cheaters. Lance Armstrong cheated, yes — but he was human, and a lot of people cheated, and for a long time, perhaps the fault lay in public opinion for treating Lance like something larger than life. That isn’t to say he didn’t do shitty things to cover up the cheating, but no matter what, Lance Armstrong’s public image and personal character could never match.

So it’s no surprise Livestrong suffered when Lance’s reputation collapsed.

And there’s some part of me that wonders whether Livestrong would have done better by sticking by their guns and sticking to their man, but that’s a conversation for another time.

Regardless, Livestrong raised over $500 million for cancer research by 2013 and helped a lot of people. And it’s not like it’s a dead charity — it’s just a much less visible one that doesn’t raise as much money. I look forward to seeing where the charity goes from here.

Originally published on Publishous on October 21, 2021.