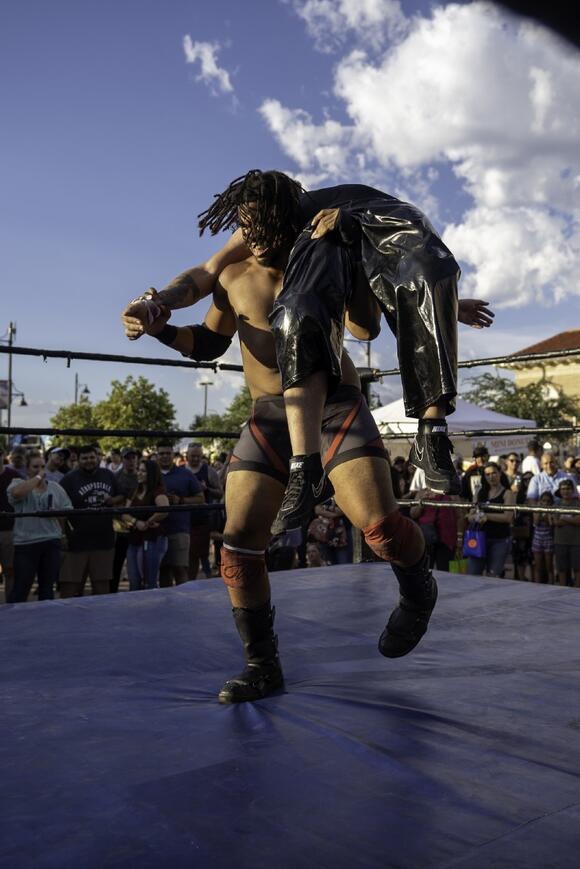 Photo by Jason Pofahl on Unsplash

But the Mongols were able to bypass spilling blood while killing people, particularly their enemies. And they had great reason to, according to Tara Finger at CVLT Nation: spilling blood meant a person would not live in the afterlife. Killing someone with royal heritage was usually a bad omen of things to come.

I often joke with friends I’m a descendant of Genghis Khan. I have an intensity and competitiveness in almost everything I do, but most certainly when it comes to sports like basketball, where I’ll bruise and elbow with people a foot taller than me like it’s my job.

It’s not entirely out of the realm of possibility — Genghis Khan had a lot of children and in 2003, a group of geneticists studying the Y-chromosome found 8 percent of men living in the former territory of the Mongol Empire were descended from Genghis Khan.

But I digress. Mongols didn’t only not want to spill blood for royals, but for nobles as well. In Mongol heritage, spilling the blood of a royal or noble offended the sky god, Tengri, and defiled the Earth spirit, Eje. It was religious sacrilege to spill honorable blood in the face of the gods, and not spilling blood actually was seen as a sign of respect.

One way the Mongols killed people without spilling blood was execution by molten metal, much like a certain hated character in Game of Thrones. One hated rival noble, Inalchuq, killed several Mongol merchants and missionaries, and Genghis Khan invaded the whole Khwarezmian Empire. Inalchuq had molten silver poured on his head, and then the Mongols terrorized the rest of the Khwarezmian Empire.

Another account Finger mentions is Genghis Khan’s grandson, Hulegu, killing the caliph Al-Musta-sim in Baghdad. He had the caliph rolled up in a carpet and had horses trample him to death.

I don’t see how that doesn’t spill blood, but maybe there was a difference religiously between humans spilling blood rather than horses.

But the point is the Mongols never put as much thought into the death of someone who wasn’t a noble or royal.

The most common ways of not spilling blood were suffocation and drowning, according to historian Robert Williams in American Indian in Western Legal Thought. In one instance, Mstislav, the prince of Kiev, who was defeated by the Mongols, had wooden boards put on him and his fellow Russians while he was sitting down. The Mongols sat and ate on the boards, suffocating Mstislav and his friends to death while they cried out in pain.

When someone was drowned, the Mongols would often wrap them in a carpet and then throw them into the water. For the sorceress Fatima, Guyuk Khan had all of the openings on her body sewn up, wrapped her body in felt, so she couldn’t breathe and nothing could enter or leave her body. She was then thrown into the water — and none of her blood touched her Earth.

“The hope was to keep her bodily fluids contained within her body as to not pollute the river,” Finger says.

Mongols especially made sure not to spill any blood when killing other Mongols. Jamukha, one rival and a best friend to Genghis Khan, was killed by having his back broken after losing a wrestling match. The two were so close they were blood brothers, men so close they made blood oaths of loyalty to each other. But Jamukha crossed Genghis Khan more than once, and Genghis Khan had given his blood brother far too many chances. Still, he wanted to give Jamukha an honorable death.

A wrestler would also be killed in the same fashion. In both cases, the noblemen were given proper ceremonial burials.

Somehow, execution without shedding blood seems even more brutal than execution that generates blood. You can’t say the Mongols weren’t inventive and creative with their ideas on how to kill people in an honorable way, but it is ironic the most honorable ways to die were often the most painful and suffocating ones.

These methods included sewing up all of a person’s orifices, rolling someone up in a carpet and having a horse trample them, having molten silver poured on someone’s head, and breaking someone’s back.

All sound like absolutely terrible ways to die. And we should be glad the death penalty is increasingly seen as unethical, and modern methods of execution don’t prolong the pain and suffering of those subject to it.

Originally published on October 6, 2021 on CrimeBeat