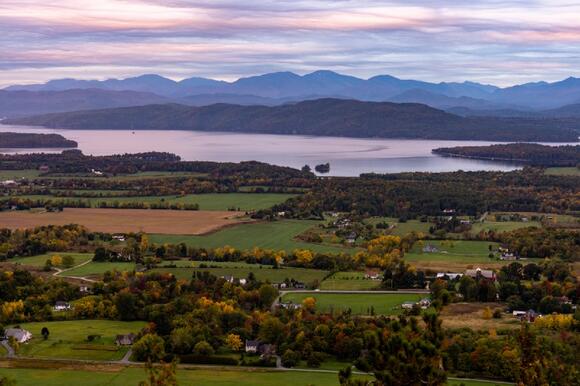 Photo by Kevin Davison on Unsplash

In June, Vermont became the first state to vaccinate 80% of its eligible population of people ages 12 and up. In response, Governor Phil Scott lifted all COVID restrictions in the state. at the time.

Now, Vermont is the most vaccinated state in America. According to Lola Duffort at VT Digger, the state is now facing a rise in breakthrough infections and hospitalizations even among its vaccinated. 725 people in Vermont tested positive for the Delta variant between August 8 and August 14.

Still, Vermont’s positivity rate and infection rate remain low, relative to other states. So how did Vermont do it?

According to Julie Wernau at the Wall Street Journal, Vermont has been the model of what life was like before COVID. The state has been hosting in-person graduations and hasn’t required masks in grocery stores. A couple of factors drive up vaccinations in Vermont, including the state being overwhelmingly white, liberal, and aging. These make the state the least hesitant to get vaccinated. Also, Vermont has a small population relative to other states and is very rural.

However, the state also trusted its health authorities, including state health commissioner Mark Levine. The state of Vermont has trusted its public health officials as their source of information, despite their governor being Republican.

Governor Phil Scott has continued to push for vaccinations. But is just vaccinations enough? Some argue not. Duffort says some require mask mandates, but Scott pushes back. Levine has also pushed against masks and says it’s an issue of personal preference. Timothy Lahey, an infectious disease expert, advocates for increased indoor masking and mandates, especially in schools where children under 12 cannot get vaccinated.

Only time will tell what precautions Vermont takes, but at the moment, the state is the most successful in the country at vaccinating its population.

Was The Assassin of Martin Luther King Innocent?

James Earl Ray — from the Federal Bureau of Prisons on the Public Domain. Dexter Scott King: “I just want to ask you, for the record, did you kill my father?”. James Earl Ray: “No. No I didn’t.” (Source)

Photo: Andrei Stanescu/iStock Editorial/Getty Images Plus. A few weeks ago, I had just completed an application to work in a warehouse for Amazon. I had watched a video and completed a quiz showing that I knew that to stow items — heavy goes on the bottom, light goes on top. About 20 minutes later, Amazon emailed me that I had the job at the shift I desired. The email said to come into the warehouse recruiting office in Baltimore to take a photo for my ID and have my official documents, like my social security number and passport, ready to be scanned.

The Bizarre History of The $2 Bill

Growing up, I saw one $2 bill, and I never saw another one. I wondered why $2 bills were so rare, and so I did some digging on the complete history behind the $2 bill, and why it’s so lacking in circulation right now. I thought they just weren’t printed much, and these days, I barely use cash, besides when I go to the barber shop. The only bills I ever have in my wallet are the $1, $5, $10, and $20 bills. I never have $50 or $100 bills — first, it makes me paranoid, and second, it’s always a hassle for a cashier to check if it’s real. But the $2 bill is a complete afterthought.

The O.J. Simpson of Argentina

″I beat all my women, except one, and nothing ever happened to any of them,″ Carlos Monzón once said. In late 1988, Argentina was going through a significant upheaval. The economy was in shambles during a record period of inflation. The military was in the middle of a rebellion against the democratic government.

The Hungarian Serial Killer Who Got Away

“Today he is memorialized as many bloody monsters are in slasher movies and heavy metal music,” Mara Bovsun at the New York Daily News write about Bela Kiss. Béla Kiss was a serial killer that murdered at least 23 women and one man, and then pickling their bodies in metal drums filled with methanol. Despite his crimes, he evaded authorities his whole life after going to fight in World War I in 1914, and no one knows when Kiss actually died. In Hungary, he is, today, known as the serial killer who got away.

The most difficult part of being a beginner in UX design

I just finished the first part of Google’s User Experience (UX) course on Coursera, and the course was a lot of fun. But it took me significantly longer than it necessarily should have. The course, so far, only has videos and readings and beginner networking activities, not practice on Adobe XD and Figma.

Maryland Just Crossed 7.5 Million Vaccinations  —  It Is The 6th Most Vaccinated State in America

“You are the ones threatening the freedoms of all the rest of us, the freedom not to wear masks, to keep our businesses open and to get our kids back in school, and tragically it may be only a matter of time until you do get COVID-19,” governor Larry Hogan said.

Trying to Hack Life Was Making Me Miserable

Life hacks have been the rage of my Google searches over the course of a couple of years. But they were especially prevalent when I was a freshman in college. I tried all sorts of life hacks to help myself get through the day. I needed life hacks to get through my job, my studying, my role as an athlete, and more.