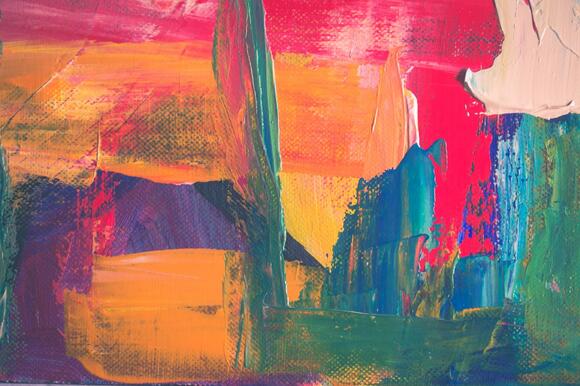 Photo by Steve Johnson on Unsplash

“I believe that man will not merely endure: he will prevail. He is immortal, not because he alone among creatures has an inexhaustible voice, but because he has a soul, a spirit capable of compassion and sacrifice and endurance,” said William Faulkner in his acceptance of the 1949 Nobel Prize in Literature.

In context, these words were said in Stockholm in 1950, after the United States State Department pressured him into accepting the reward he previously denied in 1949. But Faulkner’s bold vision for the human race as well as its soul and spirit resonant with me now and today. We dwell in uncertain ages and uncertain times, yet as did William Faulkner and the world in 1950, facing the possibility of atomic destruction in the midst of a nuclear arms race.

“Our tragedy today is a general and universal physical fear so long sustained by now that we can even bear it… There is only the question: When will I be blown up?”

As youth’s energies and writing was devoted to this threat and possibility, Faulkner urged the reader to focus on the struggles of the heart rather than the struggles of the external world, because “the problems of the human heart in conflict with itself which alone can make good writing because only that is worth writing about, worth the agony and the sweat.” As an aside, I love quoting Faulkner because his language has historically gone against Hemingway’s grain and notion that “less is more” and “less is better.” No, I do not believe that to be true, at least for me. Even with the volume and prolificness of my own writing and output, even when I make mistakes, more is better for me. More is more and always better, because you only improve at writing by, guess what? Writing.

Faulkner also believed in an immortality that can be achieved through writing and through art. Man “must teach himself that the basest of all things is to be afraid,” and channeling that fear into “love and honor and pity and pride and compassion and sacrifice” is how good art is created.

“I decline to accept the end of man. It is easy enough to say that man is immortal simply because he will endure,” but, as Faulkner notes in the famous quote with which I began the article, man doesn’t simply endure, but prevails. We are immortalized in the memories and hearts of people we love and whose lives we touch. The spirit with which Faulkner speaks of is captured best, by “the poet’s, the writer’s duty to write about these things.”

For a long time, I wrote feature profile pieces about my friends and teammates on the cross country team. They weren’t perfect, and I illustrated various flaws in my technique and approach in an article at the end of 2017. I was prone to hero worship and straying away from flaws and demons of my subjects. I resorted to tropes of resiliency and perseverance. But I was able to, in a way, capture a slice of life of who my friends were in that moment of their lives, even if it were an imperfect picture. And as a writer, that is my goal and job to move forward, to keep pressing on imperfectly, stumbling, casting my hat in the arena unconditionally.

I have started writing feature pieces and profiles again, not for Odyssey, but for my class. I forgot how much I loved doing them, and how much connection I felt in capturing the character in the people I engage with. I wrote one on a hard-working, dependable, and charismatic custodian. I’m in the process of writing another one on a Mexican worker at our food court. In the words of Faulkner, the work is not a burden, but a privilege. “It is his privilege to help man endure by lifting his heart, by reminding him of the courage and honor and hope and pride and compassion and pity and sacrifice which have been the glory of his past.”

In the present, we can forget the glory of our past. The title of Faulkner’s most famous book, The Sound and the Fury, comes from Macbeth’s famous soliloquy in act 5, scene 5 in Shakespeare’s : “Life’s but a walking shadow… a tale/ Told by an idiot, full of sound and fury,/ Signifying nothing.” Yes, it might be awfully pessimistic to say that life is “told by an idiot,” and signifies nothing. But we create meaning through our sound and fury.

To me, humanity’s sound is Faulkner’s endurance. It is our day to day lives and how we make money, survive, and care of our basic physiological necessities at the bottom of Maslow’s hierarchy of needs.

But our fury is how we scream, how we prevail and make our immortality. We all have our different ways of doing this. As an athlete, my fury is my running, my races in cross country, my recent marathons. As a writer, my fury is my articles, profiles, features, and everything in between. As a Crisis Counselor for the Crisis Text Line, my fury is my conversations with people that need help in whatever form. Your fury is different, but it is the way you immortalize yourself and your mark on the world, what people will remember you for long after you’re gone.

Looking at the way people have entered my life and saved me time and time again, as gifts of a God of unconditional love, I can’t help but agree with Faulkner’s optimism. Humanity’s soul has prevailed and will prevail with compassion, with sacrifice, with endurance.

Originally published at https://www.theodysseyonline.com on March 19, 2019.