Why The Pomodoro Technique Doesn’t Work For Me Anymore 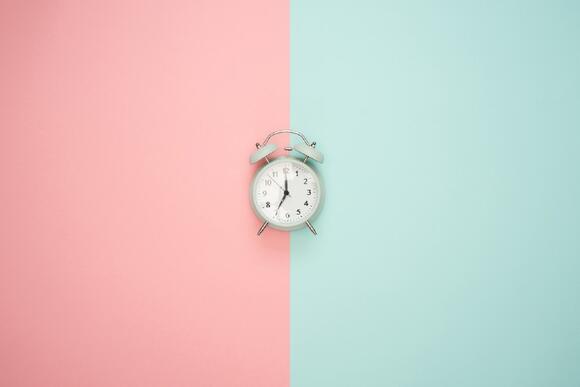 I had to do a lot last week between teaching, freelancing, and running errands. To do it, I used the Pomodoro Technique. For people who don’t know, the Pomodoro Technique is when you set a timer to work on specific tasks for 25 minutes, or other set increments of times, giving yourself a short break. In the moment, it makes you feel productive and get a lot done.

I read something I wrote while using the Pomodoro Technique. It was riddled with errors and honestly not very well written. Other people let me know. I brushed it off and just went through the piece again for mistakes. The Pomodoro Technique led me to be careless, way too hasty, and not really focused when I wrote it.

I’ve been writing for a long time, and if it really shook me, I would have quit writing a long time ago. But I won’t lie — I was pretty embarrassed. I wish I could have mastered the art of not caring, but I’m still a little far away from there. It didn’t hurt to shore up the typos either. I had a hectic week where the school year started, and I started teaching high school for the first time. My sense of normalcy shifted significantly.

It always made me frantic and rushed. I would rush seemingly everything. I try to get as much done as possible, errors be damned. I still have a lot to do, but it’s not about the task as much as it is how I respond to it. And I learned a long time ago that the Pomodoro Technique was not a great way to respond to life’s problems — sure, I could be on overdrive for a little bit, but it would catch up to me when I felt run down about an hour later. To me, the Pomodoro Technique just doesn’t feel right.

According to Tanya Dalton, the inkWELL Press Productivity Company founder, “the wildly popular productivity hack may be doing more damage than good.” Dalton talks more about what to do instead, but all I know for myself is that I don’t want to use the Pomodoro Technique anymore.

It’s not about work, but more so lifestyle. 25 minutes or less is not enough time to get deeply engaged in anything. I try, but that’s simply not the case. I become obsessive over time, too deeply rooted in working for the system of the technique. But a lot of things require profound thinking and deep work. The Pomodoro Technique kills my creativity and involves way too much context-switching.

I notice that I have used the Pomodoro Technique more for trivial tasks, including sending out e-mails and writing pointless reports, which I don’t necessarily have passion for. Again, I don’t want to say not to use it, but it doesn’t work for me.

Under the Pomodoro Technique, I don’t get enjoyment out of anything I do. I just become a productivity robot and machine who derives all his value from following a structured 25-minute increment plan. And then it catches up to me at the end of the day because it’s not sustainable.

Instead, I prefer no plan. Some people say they thrive on structure, but I do not. I become a servant to time or some other external constraint instead of what comes naturally to me.

Regardless, perhaps I’ll stop following the Pomodoro Technique because it takes the fun and the joy out of seemingly everything I do. Yes, I need to get things done all the time, but perhaps it doesn’t need to be in a way where I have to treat myself like a robot and machine.

The reason why we procrastinate isn’t that there’s something wrong with us. It’s because we’re human. I’ve stopped Googling “how to stop procrastinating” because I now understand why I procrastinate is not a matter of motivation or laziness. It’s a matter of priorities. Naturally, we get done the most urgent, salient, and important tasks. When something becomes more important, you’ll get it done.

For me, beating procrastination means re-assessing my priorities. I know it probably feels like I’m going on a tangent, but re-assessing how I want to work and navigate life is very important. I’m looking forward to changing the paradigm to make life not a problem to be solved in Kierkegaard’s words, but a reality to be experienced. And the Pomodoro Technique is not a technique that makes life a reality to be experienced.

Photo by Icons8 Team on Unsplash

Originally published on September 13, 2020 in Publishous.

Was The Assassin of Martin Luther King Innocent?

James Earl Ray — from the Federal Bureau of Prisons on the Public Domain. Dexter Scott King: “I just want to ask you, for the record, did you kill my father?”. James Earl Ray: “No. No I didn’t.” (Source)

Photo: Andrei Stanescu/iStock Editorial/Getty Images Plus. A few weeks ago, I had just completed an application to work in a warehouse for Amazon. I had watched a video and completed a quiz showing that I knew that to stow items — heavy goes on the bottom, light goes on top. About 20 minutes later, Amazon emailed me that I had the job at the shift I desired. The email said to come into the warehouse recruiting office in Baltimore to take a photo for my ID and have my official documents, like my social security number and passport, ready to be scanned.

The Bizarre History of The $2 Bill

Growing up, I saw one $2 bill, and I never saw another one. I wondered why $2 bills were so rare, and so I did some digging on the complete history behind the $2 bill, and why it’s so lacking in circulation right now. I thought they just weren’t printed much, and these days, I barely use cash, besides when I go to the barber shop. The only bills I ever have in my wallet are the $1, $5, $10, and $20 bills. I never have $50 or $100 bills — first, it makes me paranoid, and second, it’s always a hassle for a cashier to check if it’s real. But the $2 bill is a complete afterthought.

The O.J. Simpson of Argentina

″I beat all my women, except one, and nothing ever happened to any of them,″ Carlos Monzón once said. In late 1988, Argentina was going through a significant upheaval. The economy was in shambles during a record period of inflation. The military was in the middle of a rebellion against the democratic government.

The Hungarian Serial Killer Who Got Away

“Today he is memorialized as many bloody monsters are in slasher movies and heavy metal music,” Mara Bovsun at the New York Daily News write about Bela Kiss. Béla Kiss was a serial killer that murdered at least 23 women and one man, and then pickling their bodies in metal drums filled with methanol. Despite his crimes, he evaded authorities his whole life after going to fight in World War I in 1914, and no one knows when Kiss actually died. In Hungary, he is, today, known as the serial killer who got away.

The most difficult part of being a beginner in UX design

I just finished the first part of Google’s User Experience (UX) course on Coursera, and the course was a lot of fun. But it took me significantly longer than it necessarily should have. The course, so far, only has videos and readings and beginner networking activities, not practice on Adobe XD and Figma.

In June, Vermont became the first state to vaccinate 80% of its eligible population of people ages 12 and up. In response, Governor Phil Scott lifted all COVID restrictions in the state. at the time.

Maryland Just Crossed 7.5 Million Vaccinations  —  It Is The 6th Most Vaccinated State in America

“You are the ones threatening the freedoms of all the rest of us, the freedom not to wear masks, to keep our businesses open and to get our kids back in school, and tragically it may be only a matter of time until you do get COVID-19,” governor Larry Hogan said.

Trying to Hack Life Was Making Me Miserable

Life hacks have been the rage of my Google searches over the course of a couple of years. But they were especially prevalent when I was a freshman in college. I tried all sorts of life hacks to help myself get through the day. I needed life hacks to get through my job, my studying, my role as an athlete, and more.