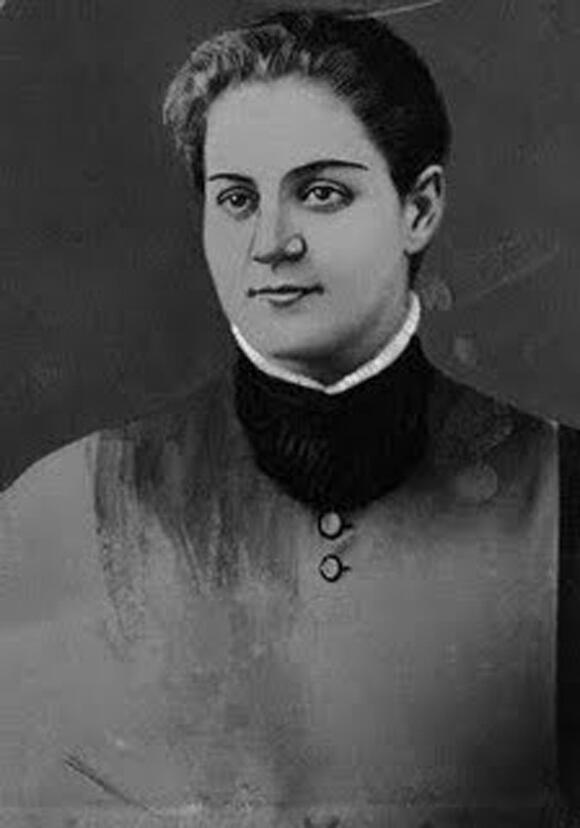 “I held her in my arms and watched with delight as she gasped her life out.” — Jane Toppan said of one of her victims.

Honora Kelley, who later became known as Jane Toppan, was a serial killer who confessed to 31 murders. As a nurse, her nickname was “Jolly Jane.”

According to Michael Potts, a philosophy professor at Methodist University, Honora Kelley was born in Boston in 1857 in a poor Irish family. Her father was Peter Kelley, an alcoholic known as being “Kelley the Crack.” Her mother died when she was a year old of tuberculosis.

Jennifer Myers at the Lowell Sun says that Peter Kelley abused his family, and later put his two girls, Honora and her older sister, Delia, at the Boston Female Asylum, an orphanage, in 1863. According to Myers, Peter Kelley later sewed his eyelids closed and became institutionalized.

Delia later became a prostitute. In 1865, Honora was sent to become an indentured servant to Ann Toppan at Lowell, Massachusetts. Honora was never legally adopted by the Toppan family, but her name changed to Jane Toppan.

Jane would graduate at 18 from Lowell High School, and got along well with her foster sister, Elizabeth Toppan. According to Myers, Jane stayed with the Toppans for a year and worked with Elizabeth, who would marry a man named Oramel Brigham, at his church, where he was a deacon.

Although Jane and Elizabeth got along, but Ann Toppan treated Jane much worse than she treated Elizabeth. Jane felt like Elizabeth was the favorite, and according to Myers, resented Jane for it.

Career as a nurse

In 1885, Toppan left Lowell. She trained to be a nurse at Cambridge Hospital. She was well-liked, bright, and had a bubbly personality. Her nickname became “Jolly Jane” as she developed a great rapport and relationship with her patients. Usually, the patients were old and sick. She was an extremely competent nurse that won the trust of all attending physicians with whom she worked.

During her time, she made up fake charts and spent significant time with each patient. Eventually, she was recommended to the more prestigious Massachusetts General Hospital in 1889 as her career advanced. However, she returned to Cambridge later in her career.

While she was training, she became fascinated at autopsies and frequently experimented with morphine and atropine to see the effects on patients’ nervous systems.

In a June 24, 1902 article in the Hoosier State Chronicles, Toppan reportedly set fire to homes where she was a nurse or visitor, and then made away with money and jewelry. When she poisoned a patient, she tried to recover the patient after being unconscious and even sexually abuse her patients. According to the account:

“In the presence of death she would gleefully fondle the patient, stare into the eyes as if it were to see the inner workings of the soul, do all possible to intensify the agony of the patients and then when the end came she would become herself again.”

During her return to Cambridge, Toppan started to prescribe more opiates to test what they did to the nervous system. According to the Hoosier State Chronicles account, when patients died, Toppan tricked the attending physicians into ascribing a natural cause of death — while she faked sorrow for the death of the patients.

Eventually, Toppan returned to Cambridge and became dismissed for recklessly administering opiates. She would begin a career as a private nurse.

She then moved in with Alden Davis, the widower of Mattie, to help take care of him. On July 26, 1901, she killed Mattie’s daughter, Genevieve Gordon. On August 8, she killed Alden Davis. According to Myers, she fed morphine tablets to Minnie Gibbs after Gibbs failed to sign off on a debt Tappan owed the family.

In the meantime, Tappan plotted to marry her foster sister’s widowed husband, Oramel Brigham. She killed his sister, Edna Barrister, who she saw as a barrier. She also continuously poisoned Oramel Bingham to health and then back again.

Bingham eventually threw her out of the house, and in distress, Toppan overdosed on morphine. She eventually visited a friend, Sarah Nichols, in New Hampshire. There, she was arrested for murdering Minnie Gibbs.

During the trial on June 23, 1902, Toppan was declared not guilty by reason of insanity. The Barnstable County Courthouse committed her to life in the Taunton Insane Hospital.

When a reporter questioned her about whether she was insane, Toppan said: “Insane? How am I insane?”

According to the Hoosier State Chronicles account, she confessed to her attorney, James Stuart Murphy, killing 31 people. In a confession she wrote William Randolph Hearst’s New York Journal, she said that her murders’ motive was being spurned when she was 16.

“If I had been a married woman,” she said, “I probably would not have killed all these people.”

Tappan died at 84 in 1938 at Taunton. Unlike most serial killers, she was declared not guilty.

Originally published on September 11, 2020 on CrimeBeat.