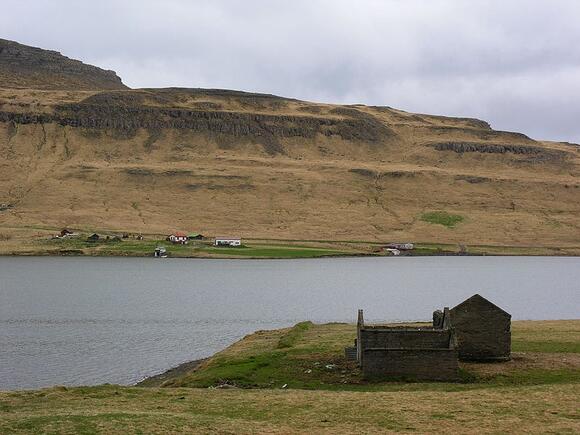 The Snæfellsnes peninsula is known for its beauty. It is the origin of Jules Vernes’s Center to the Earth, and contains majestic glaciers that include an “opening to a mythical world”

But Snæfellsnes is also home to Axlar-Björn, Iceland’s only serial killer. His real name was Björn Pétursson, and he lived between 1555 and 1596. According to the Iceland Travel Guide, Axlar-Björn lived in the Oxl portion of Iceland. In his time, he killed 18 people for their possessions and threw their bodies into a lake by the farm. Axlar-Björn targeted farmhands and travelers specifically.

Minjie Su at Medievalists believes that Axlar-Björn killed mainly at random, without a proper modus operandi. According to Icelandic folklore, Axlar-Björn’s mother, while pregnant with Axlar-Björn, was seized with a strong desire for human blood. She got blood from Axlar-Björn’s father and her husband to satiate her appetite, but soon, the situation got worse.

Axlar-Björn’s mother started to get nightmares, and the nightmares led her to believe that the child she was carrying was a monster. The nightmares were “so horrible they cannot be describe.” Her child fed on human blood — but the sorry of Axlar-Björn is often interwoven with folklore that was only added several hundred years after his death. Over the last 400 years, we don’t know how much of his story has actually changed.

When Axlar-Björn was young, he was difficult to control and unruly, according to Iceland Magazine. But he never showed signs of being a serial killer. At 15, Axlar-Björn started working at a farm with a friend of his father, Ormur the Rich, and he would live there in exchange for putting in work on the farm.

He decided to take a nap one day rather than go to church, and that day, he dreamed about a stranger giving him a plate of meat. He ate so much meat that he felt sick, and the stranger told him to go to a mountain close by, Axlarhyrna, where he would make his fame.

There, he found an ax, which he would later reference this dream to inspire all his murders. He later said he murdered a farmhand right after, a boy his age during his confession. He would bury him in a dung heap.

Axlar-Björn grew up, Ormur the Rich left the farm and the inheritance to his son after he died. His son was the same age as Axlar-Björn, and the two of them grew up great friends. He gave the farm at Oxl to Axlar-Björn, one of the best farmlands in Snæfellsnes. Axlar-Björn would hen marry his wife, Þórdís, and live at Oxl.

However, it wasn’t enough to make Axlar-Björn happy. Axlar-Björn was constantly depressed, and he made frequent creepy conversations with neighbors. One day, during a day where the sun was out, and some travellers were enjoying a great day. Axlar-Björn talked to them and said:

“These are dark days devoid of sunshine, my brothers.”

Local people knew something strange was going on with Axlar-Björn, and some suspected he was responsible for disappearing travelers and farmhands. Throughout his life, Axlar-Björn was protected by his childhood friend, the son of Ormur the Rich. No matter the suspicions, Axlar-Björn would escape consequences. His childhood friend would shield him and cover his back, even as more suspicious behavior arose.

What eventually led to him being caught is widely disputed in the literature. Iceland Magazine states that he may have been accused of robbing his victims, and he had a growing legion of horses that popped up as travelers disappeared. Another account states that he murdered the three children of a poor woman who sought shelter in 1596. He tried to kill the woman too, but she apparently escaped, and alerted authorities.

Once he was arrested, authorities at the farm found human remains at the farm. In his defense, Axlar-Björn said he simply found those dead people on his property. And to give them the proper respect, he buried them there.

Authorities didn’t believe him. At the end of the day, they never knew how many people he killed based on his confession, but they think that Axlar-Björn might have killed twice as many people as the nine killings he confessed to. Some, including a judge, said he deserved to die by hanging and then break on a wheel.

Axlar-Björn would be sentenced to death. He was hanged and then chopped into pieces. At the time, Þórdís has to watch, and she was pregnant with their child, Sveinn. Sveinn would later be hanged for rape in 1648. Þórdís would be sentenced to death herself after rumors circulated of her killing some of Axlar-Björn’s victims, or at least being an accomplish. However, Þórdís would escape the sentence and raise her son. Iceland Magazine speculates about whether the violence and terrorizing are attributed to a “criminal gene” in the family, but that remains to be seen.

What we can take away from the story of Axlar-Björn is that good connections can help you escape consequences, and even serve as your “get out of jail free” card. He was the most despicable person in Iceland at the time, reportedly having his limbs shattered by a sledgehammer. Some accounts report that he had his genitals cut off and thrown into his wife’s lap.

But was Axlar-Björn in control of his actions? And if so, why was did his son also lead a life of criminality? There are no definitive answers, but what is clear is that Axlar-Björn was Iceland’s first and only ax murderer, and had a very difficult childhood in nurture that may have led to his behavior.

Axlar-Björn remains the only serial killer in Iceland to this day.