I bring you news of general interest from trustful sources. Freelance writer, translator, and novelist.

The Saint Who Cures Any Disease. Pray Him When In Need 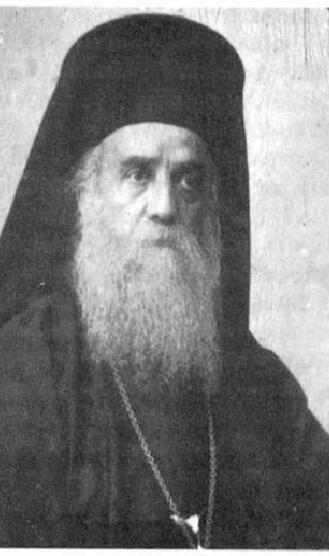 Word of wisdom— Saint Nectarius, the Greek Pole of Orthodoxy

“How much people wander, those who seek happiness, contentment and fulfillment outside of themselves, in glory, wealth, delight, pleasure and all that disturbs the soul, which are desertions and end in bitterness. How much they wander, those who build their happiness on perishable and corrupting things, from which they gain neither price nor satisfaction, for true happiness is based on the delight give only by the right and clear mind. Any other delight sweetens only the lips and fills the heart with bitterness. “
source: Monk Teocòit Dionisiatul- Saint Nectarius of Aegina- life-teachings-sermons-letters

Saint Nectarius, one of the newest saints canonized by the Church of Greece in this century, was born on October 1, 1846, in Silivria, a town located in the province of Thrace in northern Greece, on the shores of the Marmara Sea.

His parents were poor people, but very pious. He received the name of Anastasia at baptism, enjoying a chosen Christian upbringing from infancy.

After the first years of school, Anastasie is sent to study books in Constantinople, where he studies the theology and writings of the Holy Fathers. Here, his soul begins to discover Christ through prayer, by reading the holy books, and by contemplating the divine.

At the age of twenty, the young Anastasie settles on the island of Hios, where he teaches religion at a children's school. Then, being called by Christ, he entered the monastic will, receiving the monastic haircut on November 7, 1876, under the name of Lazarus. Later, when pruning in the hermitage (hermit), he would receive the name of Nectarius, which he wore for the rest of his life.

After completing his theological studies in Athens in 1885, Nectarius was taken by Patriarch Sofronie as an apprentice in Alexandria, being ordained a priest and then metropolitan of Pentapole, an old Orthodox diocese in Upper Libya.

For many years the pious Nectarie served as secretary of the patriarchate, preacher at St. Nicholas Church in Cairo, the capital of Egypt, becoming a skilled minister and ruler of souls, being given by God with much patience, humility, and gentleness.

That is why he was much sought after by the faithful and loved by all.

In his old age, he wanted to retire to more peace.

He built between 1904 and 1907, with the help of many believers and disciples, a beautiful convent of nuns on the island of Aegina, where he arranged here the perfect life of the community, according to the tradition of the Holy Fathers.

Then he retires definitively to this monastery and leads a high life of humility and service, of total devotion and sleepless prayer.

For his lofty life, God earned Pious Nectarius the Grace of the Holy Spirit.

For this reason, many sick and poor people ran to the church of the monastery from Aegina and asked for his help.

Especially after the First World War, many poor and sick people, deprived of any help, came to him as their spiritual father. And St. Nectarius gave the order to the nuns who were needed in his monastery to distribute to the needy any kind of food and to keep nothing for them, for God, by His mercy, fed both of them. But even the sick were healed with the prayers of Blessed Nectarius, for he had earned the gift of working miracles.

When he felt his end near, while making a pilgrimage with the icon of the Mother of God to the island of Aegina, St. Nectarius revealed to his disciples that he would soon go to Christ.

He fell ill and was taken to a hospital in Athens. But he patiently endures all sickness and temptation, waiting with joy for the hour of his coming out of this life.

After almost two months of suffering, St. Nectarius gave his soul peacefully in the hands of Christ, on November 8, 1920, and became worthy to be in the company of God's saints.

His disciples, after much weeping for him, buried him, according to the order in the church built by him, doing many healing miracles with the sick, who ran in faith to his aid.

After 20 years, his body was in the tomb whole and incorruptible.

On September 3, 1953, his holy relics were removed from the tomb and placed in the church of the monastery of Aegina, for honor and blessing.

And in 1961, the Synod of the Church in Greece, after noticing the many miracles performed on his relics, declared him a saint, with a feast day on November 9. Since then, Saint Nectarius, the healer of diseases, has become one of the most revered saints in the Orthodox churches.

Every day the faithful worship the relics of Saint Nectarius and his tomb in Aegina island in Greece, and also in many other churches all over the Orthodox world.

Pray this amazing Saint, whenever you are in sickness and need, or anything at all.

(source for this article: crestinortodox.ro)

I bring you news of general interest from trustful sources. Freelance writer, translator, and novelist.

"No woman has ever created something of value". This phrase still sounds in my head today, years after it was said to my face just like that, as he would have said: "This coffee is cold".

Princess Charlene Far Away From Monaco, in Treatment Facility

30 Years Without Freddie Mercury: What Was His Legacy?

Freddie Mercury performing in New Haven, CT, November 1977Creative Commons Attribution. One of the best British artists of the XXth century tragically died, at the age of only 45, from bronchial pneumonia relating to AIDS.

Opinion: Help to Wake Up Early During Dark, Cold Mornings

Some days might be so grey and cold that you wouldn't even want to wake up, especially if it has to be very early in the morning. In case you are struggling with waking up at impossible hours, the following tips might help you.

Opinion: Film of the Weekend

Singer-songwriter Adele has a full life right now, between the new album "30" coming out, new interviews and shows, being a mom for 9-year old son Angelo, and so much going on.

Prince Harry and Meghan Markle on Christmas Day 2017image by Mark Jones/Wikimedia Commons. Sad news might be at the origin of Queen Elizabeth's state of health, which wasn't so good in the past days.

Princess Charlene Will Not Stay In Monaco In the Near Future

Wikimedia Commons/Frankie Fouganthin /Creative Commons Attribution-Share Alike 3.0. The breaking news has just arrived: according to hello magazine, Her Serene Highness Charlene Wittstock, of age 43, is not about to stay inside the Principality of Monaco and is not going to attend the Celebration of the National Fiest, which is going to take place on November 19th.

Fran Drescher speaking at an event in Phoenix, Arizona. Image by Gage Skidmore/Wikimedia Commons. If you like the hilarious protagonist of "The Nanny" and "Happily Divorced", the charming Fran Drescher, you are free to join the event, and learn how to beat the pandemic once and for all.

Lately, our Sun is very active. Climate change is one of the most crucial topics of this latest period. The various transformations are leading to increasingly dangerous situations.

Become a Scotland Lady or Lord Today, and Help Preserve the Country's Woodland

Have you ever dreamed to have Blue blood, and people to address you with "Lord" or "Lady"?. Take it with a little bit of humor or not, the Old Established Titles have created a Black Friday offer, by allowing everyone to buy a small piece of land in Scotland, and by doing that - receiving also a title of Lord/Lady, and helping preserve the country's woodland.

Julia Hawkins is a lovely lady, and at the stunning age of 105, she achieved what most of us don't: a world record. Stay on this page to read about Julia's beautiful story. "I miss my husband very much", she confessed to CBS Mornings. His memory was probably the fuel to her ambition and determination.

Some people might not afford Cable TV, Netflix, Amazon Prime, and other paying streaming services. When you arrive at the month-end, the bills can sum up to important expenses, especially if you are a family with children and maybe, pets.

Will Charlene Wittstock, Princess of Monaco, Be Separated from Prince Albert?

Charlene, Princess of Monaco, poses for the cover of MyWorldClass magazine/2017Gil Zetbase/Wikimedia Commons. When she finally returned home after many months spent in South Africa, everyone hoped that it would be a happy end for Princess Charlene and Prince Albert of Monaco.

The month of November seems to be full of innovations for WhatsApp, the famous messages service that has conquested us all (or almost). The team that works incessantly to improve its services to clients all over the world is preparing plenty of what we can call small surprises. Hopefully, they are good ones.

As the movie-event "House of Gucci" had its official premiere in the UK during the past few days, the first impressions are starting to make headlines on the web. (source: indiewire.com)

Why Were Cats Worshipped in Ancient Civilizations?

With a history of more than 5000 years, cats have had a turbulent history. Worshipped during ancient civilizations, they were considered sacred, with magical powers, sent by the Gods.