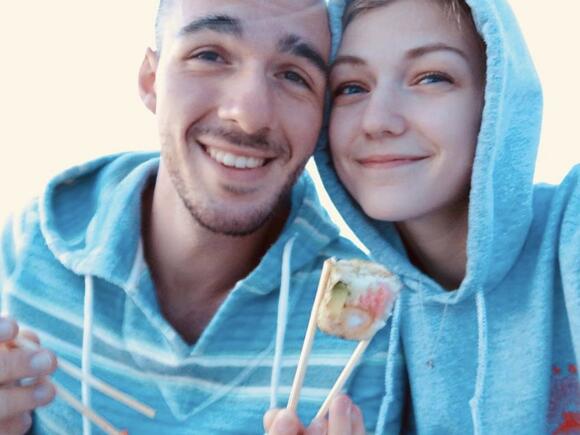 After being granted a warrant, the North Port Police Department and FBI searched the home of Brian Laundrie on Monday. The 23-year-old became a person of interest after his girlfriend, 22-year-old Gabby Petito, went missing and he refused to cooperate with police. A body matching Petito's description was discovered on Sunday in the Bridger-Teton National Forest in Wyoming, boosting police interest in speaking to her boyfriend.

The Laundrie family home is located in North Port of Sarasota County, just south of Pinellas County. Both Laundrie and Petito were living in the Florida home before they set off on a cross-country road trip, one which he returned from alone.

Media outlets on location when the warrant was served were told the property was an active crime scene and described seeing local authorities escort Laundrie's parents into a police van. Dozens of officers searched the house and property and were spotted leaving with a stack of cardboard boxes.

Police also had Laundrie's Ford Mustang towed as it may offer clues in regard to his recent disappearance. He was last seen by his parents a week ago after he told them he was going to the Carlton Reserve in Sarasota County. After not returning home, his parents drove to the 24,000-acre nature reserve and found his car still parked there.

Despite a note from local police requesting the vehicle be moved, they chose to leave it there so their son had a way to get home. They later picked up the car on Thursday and reported him missing on Friday. A search of the area came up with no traces of Laundrie.

So far, the only insight into what may have happened to Petito comes from police bodycam footage. Just a month before she was reported missing, the Moab City Police Department in Utah responded to a domestic abuse call. The video shows a clearly upset Petito as she describes an argument she had with Laundrie regarding her OCD and keeping the van they were living in clean.

There are several indications their relationship was toxic, as Petito tells the officer Laundrie locked her out of the van and grabbed her by the face. She repeatedly states that she was stressed out, and mentions that her boyfriend doesn't believe in her career ambitions. Later in the video, she admits to repeatedly slapping Laundrie in an attempt to get him to stop telling her to calm down.

Laundrie admits to officers he pushed his girlfriend and has visible scratches all over his face which he claims are from her cellphone. He also tells them that Petito grabbed the steering wheel while police pulled them over, causing him to swerve and hit a curb.

Follow me for more Pinellas County news and events: