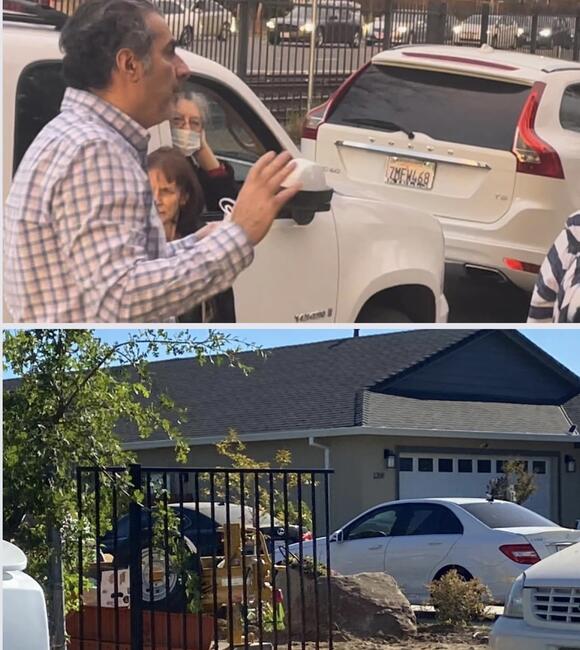 Sacramento Councilmember Sean Loloee has been served with building code violations at his Hagginwood home at 1209 Nogales according to case documents filed in June.

“This work must be removed or properly permitted by the City of Sacramento,” the document read. “This violation list may be partial and does not exclude any code violations which may become apparent during further inspections or the necessary repair

Other building structural, electrical, plumbing, or mechanical code violations may be identified upon further inspection according to the City. 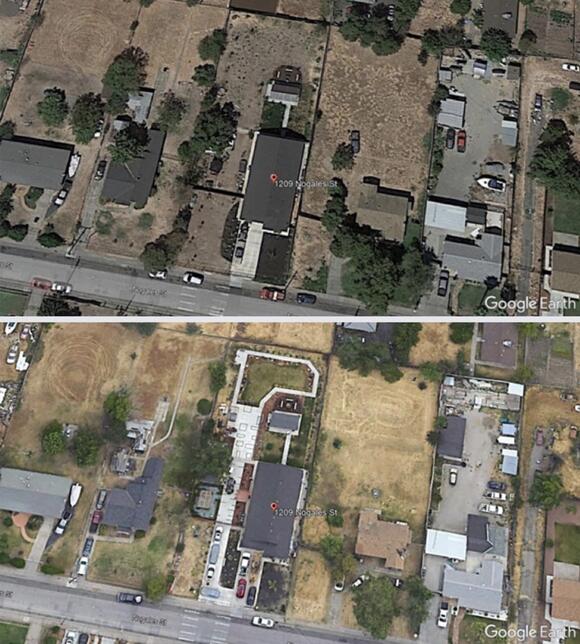 The full violation states that no person, firm, or corporation shall erect, construct, enlarge, alter,

The document also states that nobody may occupy a vacant building with a violations list in place until all permits and all violations have been repaired and approved.

This violation came days after Sacramento City Mayor Darrell Steinberg and the City Council called for an investigation into where the District 2 Councilman lives which Loloee has since agreed to cooperate with.

Last year, this reporter discovered the Councilmember does not live in District 2 but rather at a $1.4 million home in Granite Bay.

District 2 is a mostly low-income community.

But the investigation came only after the Sacramento Bee, KCRA 3, and Cap Radio reported on it last month.

A couple of weeks ago, Loloee agreed to cooperate with a city investigation into his residency which he claims is in his district at a home on Nogales in Hagginwood Oaks.

This is despite a Granite Bay that is in his wife’s name and neighbors stating that they have seen him there in recent times.

Neighbors at the Nogales home also told the Sac Bee and KCRA 3 that they have never seen him there.

“Councilmember Loloee has agreed to provide me, the city manager, and the city attorney with a report clarifying the facts of his residency, including the chronology of where he has resided since being sworn in,” Sacramento Mayor Darrell Steinberg said.

Cap Radio reported that Loloee, sitting in what appeared to be the living room of the Hagginwood home that he owns on Friday morning, said on Zoom with news media Friday morning that he would not be at the special meeting.

“I say with full confidence that I live in the district that I proudly represent,” Loloee said. “My first job is to be a husband and father. I’m going to spend much-needed time with my family just as I promised I would.”

The City of Sacramento requires Councilmembers to maintain residency in their respective districts throughout their term and Loloee’s term lasts until 2024.

A Ukrainian soldier near a nuclear power plant. The Ukraine war has rekindled the dangers of nuclear plants coming under attack.(University of California Press) The war in Ukraine now has a nuclear power plant caught between Russian and Ukrainian forces which has increased fears of radiation poisoning causing a surge in demand for potassium iodide tablets and other similar protective solutions from radiation exposure.

California State Sen. Dave Cortese speaking on SB 300 in Sacramento on Wednesday, June 1, 2022.(Courtesy of Cortese) A bill that would expand judicial discretion to judges, allowing them to order a sentence other than the death penalty or life in prison without parole (LWOP) for “felony murder special circumstances” cases passed the Assembly appropriations committee last Thursday.

The El Dorado County Sheriff's Office.(Facebook) An inmate who had epilepsy died while in the custody of the El Dorado Sheriff’s Office at Marshall Hospital shortly after being booked in the county jail on Thursday, July 28, according to a spokesperson with the Sheriff’s Office.

Lionell Tholmer at Mule Creek State Prison.(Courtesy of Lionell Tholmer) Lionell Tholmer has been in prison since 1985 after being convicted of second-degree murder by a Placer County court for killing John Meadows in what Tholmer maintains was self-defense.

Family members claim abuse of loved ones by care facilities and courts under conservatorship. Mildred Rodriguez in her niece’s, Cathy Rodriguez, vehicle on September 2, 2018.(Courtesy of Cathy Rodriguez)

Governor Gavin Newsom visits Santa Monica College to sign SB 1327 on Friday, July 22, 2022.(Governor's Office) Governor Gavin Newsom signed the nation’s first legislation allowing individuals to sue those who distribute illegal assault weapons and ghost-guns on Friday at Santa Monica College, the site of a mass shooting that claimed the lives of six people including the gunman in 2013 according to a press statement from the Governor’s Office.

Deputy’s ex-wife alleges he was verbally and emotionally abusive to her and their children. Former Sutter County Sheriff's Deputy Will Simmons was granted full custody of his three daughters in a Yuba Court in May 2022.(Courtesy of Kanitra Heard)

California Senate votes to keep indentured servitude in its prisons

Senator Sydney Kamlager arguing for ACA 3 in a committee hearing on Thursday, June 16, 2022. ((Screenshot by Robert J Hansen) Sacramento, Calif. — Removing the language allowing for indentured servitude from California’s Constitution began a couple of years ago when Samual Nathaniel Brown, author of the proposal that is now ACA 3, had to clean a cell after an image died of Covid-19.

E’drick Brown’s aunt Toni, (left) and wife, Angelique Brown (right) lead a demonstration asking clemency be granted to E’drick.(Photo by Robert J Hansen) A rally was held at the California State Capitol in support of an incarcerated man who was sentenced to 39 years to life for a crime where no one was physically hurt.

Tim Hall's townhome after the July, 20, 1995 fire that would cost him seven years in prison.(Photo courtesy of Tim Hall) In March of 1996, Tim Hall was arrested for arson and insurance fraud and in April of 1999 was convicted of setting fire to his home according to court records.

Mervin Dunford’s oxygen tanks.(Courtesy of Sherri Dunford) Mervin and Sherri Dunford are an elderly couple on a fixed income, living at their Rancho Cordova apartment with the assistance of Sacramento County’s Flexible Housing Program (FHP).