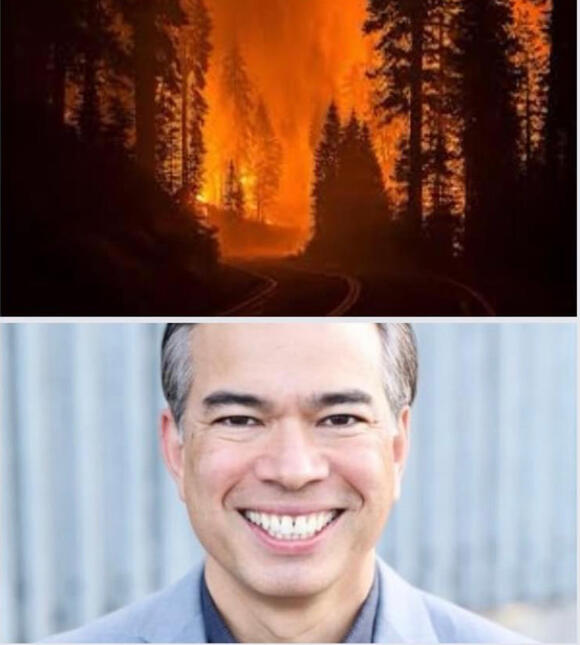 The transportation sector accounts for nearly one-third of all GHG emissions in the United States. The full report can be found here.

“Climate change is real, it’s here, and its impacts are all around us,” Bonta said in a written statement. “From record-breaking wildfires and a devastating drought to toxic and suffocating air that too many Californians breathe every day, we’re running out of time. We must act on climate now.”

Reducing emissions from this sector is essential to stave off the worst effects of the climate crisis and to confront the inequitable distribution of climate change impacts, which have a disproportionate effect on low-income communities and communities of color, the statement said.

“Industries, individuals, and governments alike must step up and work together to preserve our planet and protect the health of our communities,” Bonta said. “It’s going to take every tool in our toolkit to get this done, and GHG standards for vehicles are some of the best tools we have.”

According to EPA estimates, the proposed standards would result in between $86 billion and $140 billion of total net benefits.

Dispatchable generation from fossil sources is a different product than from intermittent renewables which cannot be turned on and off.

According to Rapson, until electricity can be stored in mass, some fossil fuels are needed.

“Until you have that, you’re going to need to use something you can turn on and off,” Rapson said.

Rapson said there is no solution to replacing large and mid-size hauling trucks.

according to the EPA.

On August 5, 2021, EPA announced plans to reduce GHG emissions and other harmful air pollutants from heavy-duty trucks through a series of rulemakings over the next three years.

The first rulemaking, to be finalized in 2022, will apply to heavy-duty vehicles starting in the model year 2027.

In 2020, there were 22 billion-dollar weather events, recorded since the National Oceanic and Atmospheric Administration began tracking the cost of these disasters, the most ever.

The coalition argued that the EPA should reduce threats to public health and welfare from harmful air pollution.

Automakers are well-positioned to meet the more stringent standards, as early as the model year 2023 according to the coalition.

The EPA’s analysis supports the finalization of more stringent standards.

“It’s like we have a bunch of Scrooges,” candidate for Sacramento County Supervisor says about City’s homeless response

Mayor Darrell Steinberg (left) Sacramento Police sweep homeless camp on Stockton, Sac Street Medicine march, homeless tents at City Hall.Photos by Robert J Hansen. Mayor Steinberg, your recent discussion on ‘Gimme Shelter’ was comprehensive and gave a lot of explanation to your proposal of the right to housing with the obligation to accept.

Woman shot in the face while pregnant by father of the child survives, CPS trying to take her parental rights from her

2017 lawsuit set for trial if settlement cannot be negotiated. Sacramento County Administration building(Photo by Robert J Hansen) An employee with the Department of Human Assistance, is scheduled for a settlement conference next week in a 2017 lawsuit against the County of Sacramento according to court documents.

Henry Ortiz (left), activist Allegra Taylor (center), Tina Perry (right) and other demonstrators at the California Capital building on Novem(Photo by Robert J Hansen) A demonstration was held at the Capital yesterday for Harvest Davidson, who has been in El Dorado County jail since 2016, by his mother, friends and activists calling for an investigation into the El Dorado County Sheriff’s department for the mistreatment and abuse of inmates.

There is an update on this story which can be found here. Image on left, Isaiah Herndon (Courtesy of Berry Accius) Image on right, Inside Isaiah Herndon’s Reno apartment after Reno police shot him.(Image by Robert J Hansen)

Sacramento NAACP President Betty Williams at West Campus High School in support of Vice-Principal Dr. Elysee Versher on November 12, 2021.(Photo by Robert J Hansen. The Sacramento NAACP and other supporters of Dr. Elysse Versher, the West Campus High School vice principal targeted by acts of racism and hatred by students, called for a criminal investigation into the matter.

Sacramento police at the scene after a pursuit that began as a burglary in progress at a Sacramento marijuana dispensary.(Photo courtesy of Public Safety News) Cannabis businesses in Northern California have been experiencing a rise in burglaries and robberies for the past few weeks according to cannabis policy advisor Jacqueline McGowan.

Family of Edward Johnson, 76 year-old who died of COVID-19 while in Sacramento jail, speaks out

Sacramento councilmember says SacBee opinion one sided and misquoted him