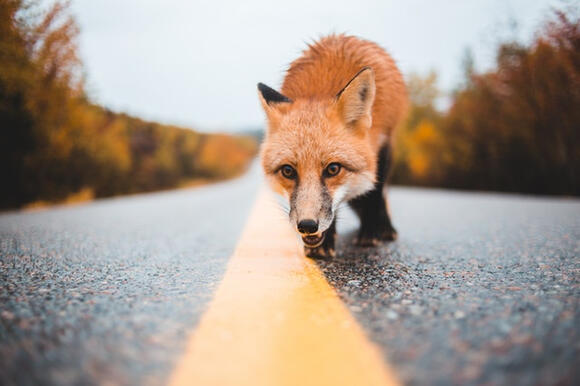 Photo by Erik Mclean from Pexels

In Alabama, the cottonmouth snake is venomous. Pit vipers make up five of Alabama's six deadly snakes, and this is one of them. The triangular-shaped head is the easiest way to identify this snake. Copperheads are typically huge snakes with a reddish-brown body. They're also known as water moccasin snakes, making them North America's sole venomous water snake. Officially, these snakes are the most common venomous snakes to be spotted in the state.

The eastern diamondback rattlesnake is the most dangerous of all the venomous snakes in Alabama. It is the largest in size of all North American venomous snakes. In addition, Alabama is also home to the world's largest rattlesnakes. It used to be a common snake in Alabama, but today it's rare and endangered. This snake is commonly found in overgrown fields and abandoned farms, and it prefers swampy environments like the Sandhills.

Alabama's black bear is a native species. They are dangerous animals that can be found in Alabama's southwest. Recently, the number of bear sightings has increased in Alabama, and you should take precautions when entering the bear region in this state. Despite their adorable appearance, these animals are terrible killers. If you come across a black bear in Alabama, what should you do? First and foremost, do not run. It's understandable to follow your instincts and flee for your life. A black bear, however, is impossible to outrun. It's unlikely that Usain Bolt could keep up with them, as they can run up to 30mph.

Wild boars can be found in all 67 of Alabama's counties. And, in general, when people think of deadly creatures, they don't think of pigs. Wild boars dislike being bothered by humans, and it's not uncommon to come across one while trekking in Alabama. These animals can quickly become hostile and attack humans, particularly if they are accompanied by their piglets. They are huge disease carriers who can infect humans with a variety of ailments. Tuberculosis, influenza A, and a slew of other diseases are among them.

Alligators are dangerous animals in Alabama. These prehistoric monsters are unforgiving. These big reptiles can be found all over the state of Alabama. They've been spotted mostly in the state's southern lakes, rivers, and ponds, according to locals. If you're swimming in freshwater near Alabama's southern coast, you should be cautious. Alligators enjoy swimming in fresh water and are not unusual to see.