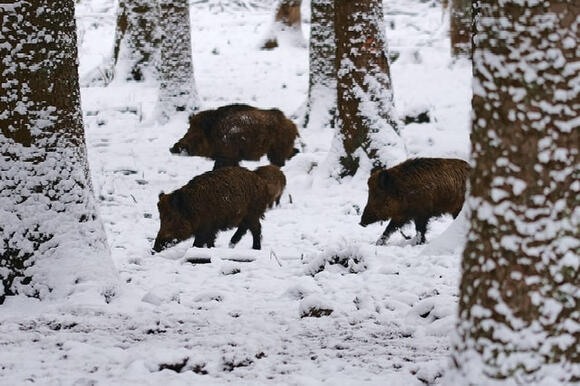 The name ‘Kissing Bugs’ comes from the fact that these nasty flying insects bite faces. Kissing bugs are blood-feeding insects that are most active at night. Kissing bugs are around 1/2 to 1 inch long as adults. They can spread Chagas disease, which can cause cardiac and gastrointestinal problems in up to 30% of afflicted persons. Children and others with compromised immune systems are the most vulnerable to Chagas. On leafy pathways and in wooded piles, kissing bugs can be easily found.

There aren't many venomous snakes in Delaware, however, Copperheads should be avoided. Copperheads are all pretty much the same in terms of appearance and coloration. They have a muscular frame and are relatively robust. The back and upper sides have semi-glossy scales that are evenly blackish to grey-brown in color. A single bite can be fatal, but they only attack when they feel they are under threat. As far as they remain within Delaware's boundaries, these aren't particularly dangerous. If you're picking anything up from a place where a snake is expected, proceed with caution.

Camel crickets derive their common name from their humpbacked appearance, which is similar to that of a camel. Almost everyone in Delaware has been affected by these terrible jumping creatures! They are mainly found in the woods, but make sure to keep rake leaves far away from your house entrances to keep them out of your basement. This species is not an extreme threat to humans, but it can be destructive to the building's woody parts. As a result, preventative steps should be taken to protect yourself from their attack.

The Timber Rattlesnake is the state's other dangerous snake. Because of their venom, these snakes have caused havoc in the past, especially in the days of urbanization. These are becoming less common with the passage of time and rising urbanization, and they can occasionally be found in abandoned buildings. Apart from that, this snake has exceptional camouflage ability, and humans should beware of it.

Is it still fresh in your mind when all of our beaches were blocked because of Portuguese man of war jellyfish? These beautiful creatures have a deadly sting that has been known to kill people. This species has caused a considerable deal of irritation to beachgoers. Multiple stories have surfaced regarding the stings of jellyfish and the subject has been in the headlines for a while now. An untreated jellyfish sting can cause serious reactions and even death if medical treatment is not sought promptly.