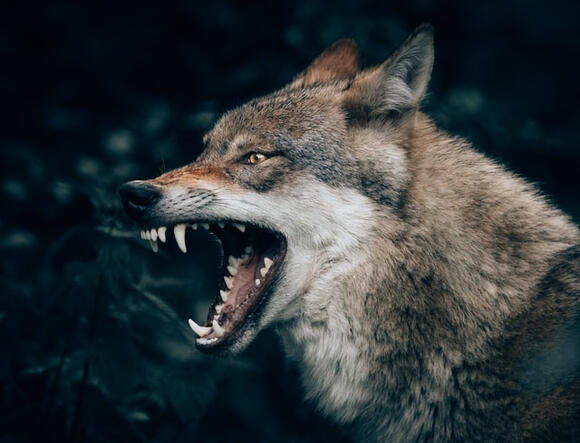 The current statewide black bear population is believed to be between 30,000 and 40,000 bears. The northern black bear and the California black bear are two subspecies of black bear found in California. From afar, they may appear fluffy and cuddly, but when you see one rushing through the tree line with claws lashing and teeth bared, you'd better hope you know how to defend yourself.

California is home to a total of 23 reptile species, including pond turtles, lizards, and snakes, the most common of which is the Garter snake. Every year, 221 individuals in California are bitten by rattlesnakes. Because all six of these species are venomous, campers, hikers, and nature enthusiasts should bring an anti-venom kit with them on their trips into what many Californians refer to as "rattlesnake country."

The white shark is a Californian species that poses a severe threat to people. Humans are typically attacked by white sharks in the water that is 10 to 30 feet deep near the beach. 90% of attacks happen at the water's surface, putting swimmers, surfers, kayakers, and scuba divers at risk. For example, a surfer on a short surfboard is more likely to be mistaken by a shark for an immature sea lion basking in the sun.

There is a wide variety of habitats in California where mountain lions are most likely to be found, such as deserts, humid coast range forests, and altitudes from sea level to 10,000 feet. They'll be most abundant where there is a lot of deer. The home range of an adult male frequently exceeds 100 square miles. Mountain lion assaults are often mistaken for other types of prey, similar to shark attacks. The most typical victims of these elusive cats were cyclists, hikers, and even skiers.

The scariest critters that many Californians face each year are these winged insects. Between 2000 and 2017, flying insects caused the deaths of 1,109 individuals, an average of 62 per year, compared to snake bites, which claimed the lives of 6-8 persons per year. Admittedly, allergies are to blame for most of these deaths but don't let that detract from the danger. Many people are allergic to things they don't realize until it's too late. It's very terrible to get stung, therefore it's best to stay away from these winged scourges.