5 Most Dangerous Cities of Wisconsin 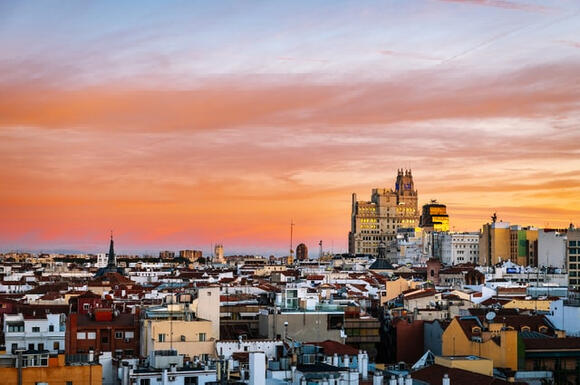 Wisconsin is a U.S. state located in the upper Midwest. Wisconsin is the 20th most populous state and the 23rd largest by total area. Wisconsin has 72 counties with a population of roughly 5.9 million people, according to the 2020 census. Low income, high unemployment, alcohol abuse, and a lack of proper housing are all factors that contribute to Wisconsin's poor living conditions and high crime rate. The cities in Wisconsin with the highest crime rates are listed below.

Glendale, Wisconsin is a small city in the state of Wisconsin. Glendale is the 63rd largest community in Wisconsin, with a population of 12,768 people and three constituent neighborhoods. Glendale's high-priced real estate is unmatched by any other county in the country. The violent crime rate in this area is 2.66 percent per 1000 people, but property crime is far higher, at 51.85 percent per 1000 people. Large-scale investments are to blame for the rise in property crimes.

Brown Deer is a village in the state of Wisconsin that is relatively small. Brown Deer is the 70th largest community in Wisconsin, with a population of 11,839 people and two constituent neighborhoods. German, Irish, Polish, English, and Other Arab ancestries are prominent in Brown Deer. On the other hand, the rate of violent crime is 3.46 percent per 1000 residents, and the rate of property crime is 38.18 percent per 1000 persons.

Milwaukee is a sprawling metropolis in Wisconsin's state capital. Milwaukee is Wisconsin's largest city, with a population of 590,157 residents and 210 constituent neighborhoods. On the bright side, Milwaukee residents are slightly more educated than the national average of 21.84 percent for all cities and towns, with 24.60 percent of people holding a bachelor's or advanced degree in Milwaukee. On the darker side, the rate of violent crime in this region, on the other hand, is 13.53 per 1000 residents, with a property crime ratio of 26.3 percent per 1000 residents.

In the state of Wisconsin, Ashland is a comparatively small city. Ashland is the 105th largest community in Wisconsin, with a population of 7,843 people and five constituent neighborhoods. Ashland is one of the country's oldest and most historic cities, with a considerable stock of pre-World War II buildings. The violent crime rate, on the other hand, is 3.19 percent per 1000 residents, while property crime is 37.1 percent per 1000 persons.

Beloit is a Wisconsin city with a population of around 100,000 people. Beloit is the 19th largest community in Wisconsin, with a population of 36,926 people and 14 constituent neighborhoods. Beloit is a city with a wide range of ethnic groups. Aside from the variety, the crime rate is 4.17 percent per 1000 residents for violent crimes and 30.17 percent per 1000 residents.