5 Most Dangerous Cities of Tennessee 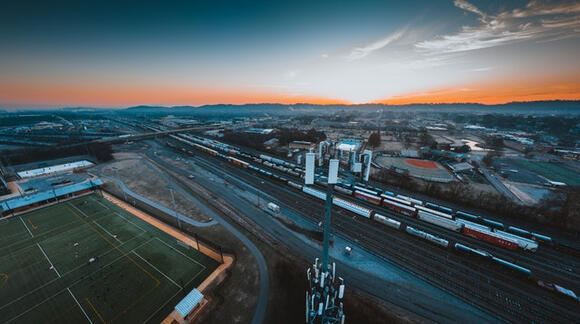 Tennessee is home to various Protestant groups, notably the United Methodist Church and the Southern Baptist Convention, and is a stronghold of conservative Christianity.

Tennessee has ten official state songs, which have given the state's contributions to popular music, notably country music.

In addition, Tennessee has a violent crime rate of six incidents per 1,000, which makes it 62% higher than the national rate. Here's a look at the five most dangerous cities in Tennessee to help you figure out which ones are the most dangerous.

It is the second-largest city in Tennessee but ranks first in terms of crime. Memphis' violent crime rate is relatively high, surpassing the national average by more than 400 percent and ranking first in the state. In Memphis, the chance of being a victim of violent crime was 1 in 90, property crime 1 in 25, motor vehicle theft 1 in 241, and aggravated assault was 1 in 120 in the preceding year.

To live in Dyersburg, you have a 1 in 12 chance of being robbed and a 1 in 64 chance of being the victim of a violent crime. The city has the sixth-highest murder rate in the state, giving you a whole new meaning to the name. That is why the people of Dyersburg generally consider the northwest part of the city to be the safest.

People travel from all over the world to visit the Country Music Hall of Fame or see a show at the Grand Ole Opry, but visitors to Nashville should be cautious. Because in 2019, one-in-93 people became the victim of an attack, robbery, rape, or murder. Property crime in Nashville is significantly lower than in most of the other cities on the list, but notably one of the 2,748 people who had their cars stolen in Nashville last year.

Savannah has one of the highest crime rates in America, with a rate of 70 per 1,000 persons compared to all communities of all sizes - from the smallest towns to the greatest cities. There is a one in 14 chance of becoming a victim of either violent or property crime here. More than 99 percent of cities in Tennessee have a lower crime rate than Savannah.