5 Movies That Were Filmed In Dayton 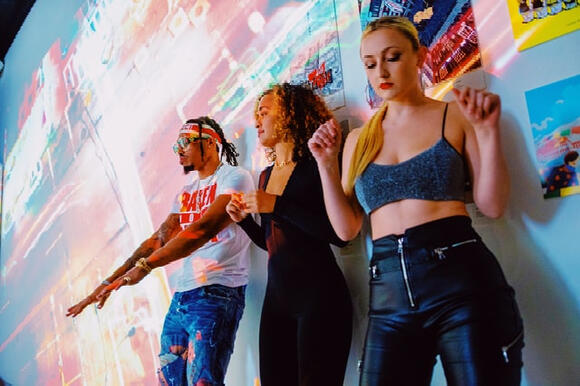 Dayton has played a host to some notable films in Hollywood, and it will be quite fascinating to look into some of these movies. They are, however, movies that you are familiar with. Some or majority of the scenes in the movies were filmed in Dayton, Ohio.

Below are five of my favorite movies filmed in Dayton.

True Nature is a dark movie that was directed by Patrick Steele. The movie is about a young woman (Marianne Porter) from a wealthy family who goes missing one night while fleeing, only to reappear a year later with no recollection of what transpired.

TRUE NATURE is a drama/thriller that depicts the story of a family reunited after their college-aged daughter is discovered after a year-long disappearance. With no recollection of what happened to her, she quickly learns that her very presence threatens to expose her family's secrets and delicate lies.

We’re Doing Fine is a movie predominantly filmed in Dayton. It was directed by Djuna Wahlrab.

The lives of two Dayton, Ohio residents, one who went and the other who stayed. They meet at a critical juncture in their lives, as both are dealing with the impending loss of a single parent. Despite the fact that Gertie and John have little in common, the city's atmosphere brings them together. Their chance meeting will be brief, but it will change their lives forever.

North Dixie Drive is a documentary on the lives of a few people in Dayton. It was directed by Eric Mahoney.

In a region of Dayton, Ohio, a small community of businesses is fighting to save employees' lives and livelihoods from collapsing due to the failing economy. North Dixie Drive is a snapshot of a tiny community of shops and residents in Dayton's Northridge neighborhood. Big time wrestlers, mechanics, a doughnut salesman, an eccentric country singer, barbers, exotic dancers, and vehicle repo men are all featured in this story. This diverse group of people live and work in the vicinity of a traffic circle on Interstate 75, battling to keep their lives and livelihoods afloat in a collapsing economy. Eric Mahoney, a filmmaker from Brooklyn, New York, presents an odd set of characters in today's Middle America in his debut feature.

Sense of History: Union Ball is a short film about the 23rd Earl of Leete.

In the documentary, the 23rd Earl of Leete discusses his life, including the truth of his family estate and the reasons for killing his wife and brother.

Old Man and The Gun is an American autobiographical movie directed by David Lowery.

Based on the true story of Forrest Tucker (Robert Redford), from his daring escape from San Quentin at the age of 70 to an unrivaled run of heists that perplexed authorities and fascinated the public. Detective John Hunt (Casey Affleck), who is enthralled by Forrest's dedication to his trade, and a woman (Sissy Spacek), who loves him despite his chosen vocation, are both caught up in the chase.