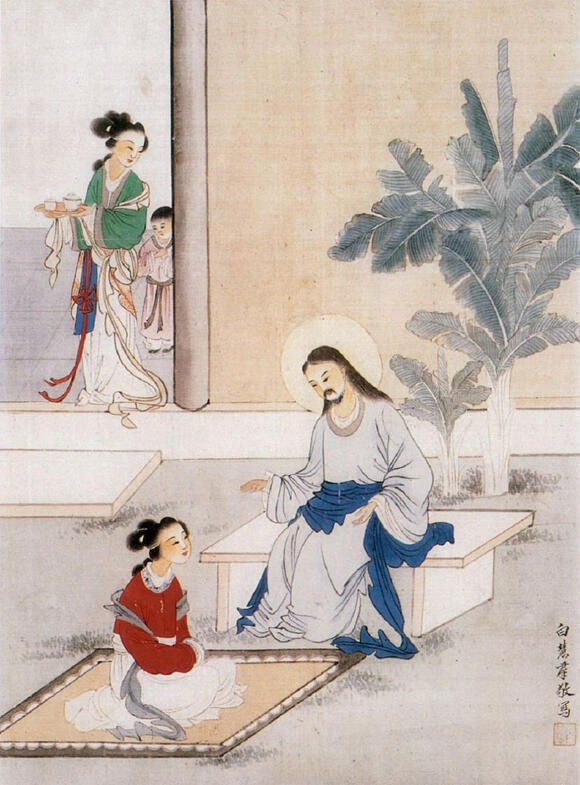 His younger brother Isukiri sacrificed his life to save Jesus and died on the cross. Meanwhile, Jesus settled in the Herai village of Japan after completing his journey, which took him 4 years. He married a local Japanese girl named Miyuko and fathered 3 daughters. Jesus changed his name to Torai Tora Daitenku after settling in Japan and started farming rice for a living.

He lived a long life in Japan and died at the age of 106. His bones were collected and buried in a pit popularly known as the grave of Torai Tora Daitenku. A sign placed near his tomb mentioned that Jesus first traveled to Japan when he was 21 years old to study theology. He went back to Israel at the age of 33 to spread his message of God. When things didn't go right for him and people tried to kill him, he escaped and arrived in Japan again.

Another grave located near Jesus's alleged grave in Shingo, Japan, is said to contain the ear of Jesus's younger brother Isukiri and a strand of hair of Jesus's mother whose name was Mary. Locals from Japan say that this myth of Jesus dying in Japan originated in the 1930s when Hebrew documents were discovered in Japan which mentioned Jesus's life in Japan. Those documents were seized by the Japanese authorities and later got lost.

People with red hair, who are also known as redheads, might be at risk of extinction. This is because recent studies suggest that the population of redheads might become extinct one day. The genetic mutation responsible for red hair is known as MC1R. This mutation is responsible for the production of a red pigment called phaeomelanin. Phaeomelanin is what makes their hair red in color.

Around 150,000 soldiers of the Nazi army were Jewish

American historian Bryan Mark Rigg, who works as a history professor at the American Military University in Virginia, says that as many as 150,000 soldiers served in the Nazi army under Adolf Hitler. These soldiers were eligible to join the German army due to a loophole in the Nuremberg Laws of 1935. The law defined a Jew as someone with 3 or 4 Jewish grandparents.

Father Pellegrino Ernetti was a Benedictine priest who made headlines in the 1960s for revealing some shocking news. He claimed that he built a device similar to a "time machine" with the help of a team of scientists. According to Ernetti, the device was kept hidden in the Vatican. He says that the device allowed him to observe events from the past, including the crucifixion of Jesus.