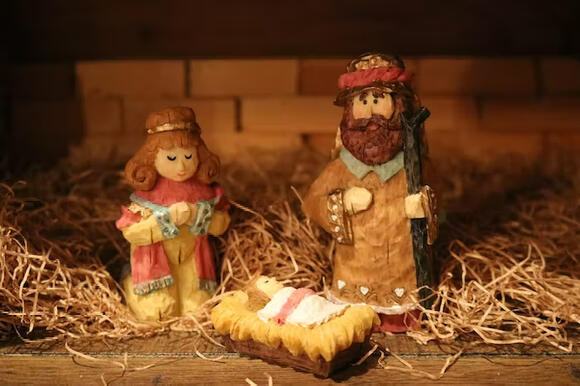 Photo by Chris Sowder on Unsplash

Professor Andrew McGowan from Yale University says that 2000 years ago, the 25th of December coincided with the celebration of Saturnalia, a pagan festival dedicated to worshiping the Roman deity Saturn. The authorities of the Roman Catholic Church got worried when they saw Christians were interested to celebrate this festival and declared that the 25th of December should be celebrated as Christmas Day.

After much analysis and calculations, researchers have concluded that the correct date of Jesus's birth would most likely be towards the end of September. There is a lot of Biblical evidence to support this claim as well. Luke 2:7-8 mentions that shepherds were grazing their flocks during the time of Jesus's birth. However, the weather would be too cold for the shepherds and the flocks to be in the fields during nighttime in December.

Luke 2:1-4 mentions that Roman emperor Caesar Augustus issued a decree to take a census of all the citizens of the Roman Empire and every Roman citizen went to their town to register. Jesus's parents traveled from Nazareth to Bethlehem to register for the census. However, a census is not held in winter because the roads would be in poor condition for travel. This means that the event of Joseph and Mary traveling from Nazareth to Bethlehem didn't happen in December.

The debate arises because the Bible never mentions that the date of Jesus's birth is the 25th of December. Rather, it doesn't mention any date of his birth at all. Moreover, the earliest Christians did not celebrate Christmas.