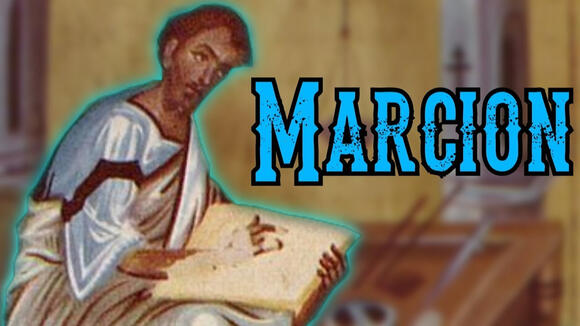 Marcion of Sinope was born in the late 1st century as the son of a bishop in Sinope, located in modern-day Turkey. He created his cannon in the mid-2nd-century. It consisted of 12 books,10 of which were attributed to the Apostle Paul. It also included his edited version of the Gospel of Luke. He also included a work of his own called the Antithesis.

In the final book that Marcion wrote, he mentioned many things taught by Jesus that gravely contrasted with the teachings of the Old Testament. He preached to his followers that God sent Jesus as an entirely new God who was different from the God of Israel (Jewish God) mentioned in the Old Testament. In his book, the Jewish God and Jesus were shown to be at odds with each other, where Jesus was described as a hero and God was described as a villain.

Marcion believed that Jesus was not the messiah of the Jews and he was sent by God to free humankind from the God of Israel whom he described as evil. In the late 130s, he traveled to Rome and joined the Roman Church, and he preached his beliefs to the clergy. Upon hearing his ideas, the clergy in Rome denounced him as a heretic and excommunicated him from the Church of Rome.

After getting excommunicated, he return to western Asia and spread his version of Christianity. Followers of Marcion were called Marcionites. His version of Christianity called Marcionism survived for many centuries and became a rival to Catholicism. There are no copies of Marcion's canon that exists today. Marcion acted as a catalyst in the development of the New Testament as his rise made many clergies respond to his teachings.