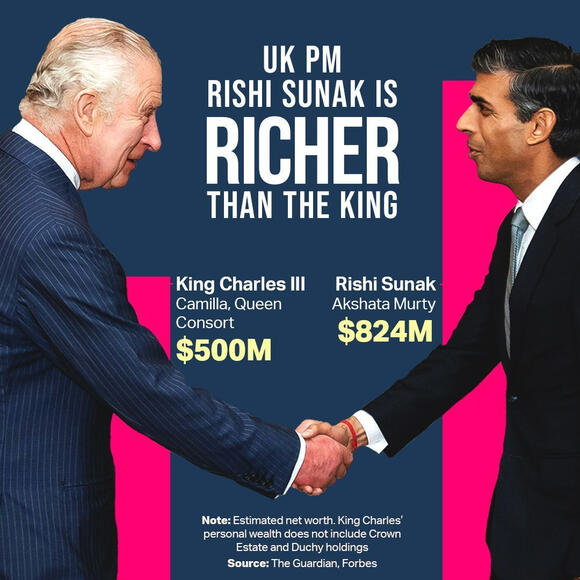 On 25 October 2022, Rishi Sunak got elected as the new Prime Minister of the United Kingdom. It all started this year when former Prime Minister Boris Johnson resigned from his post due to a lot of scandals surrounding himself, the most notorious of which included him being seen partying during the Covid lockdowns.

After her resignation, Rishi Sunak got elected as the new prime minister. He is the son of immigrants who migrated from East Africa and are of Indian origin. He was born in 1980 in Hampshire, England. He worked as an analyst for a renowned investment bank called Goldman Sachs. He married the daughter of an Indian billionaire.

Liz Truss resigned because she enforced a policy that led to the downfall of her country's economy. Rishi Sunak vowed to bring back economic stability to their country after getting appointed as the prime minister by King Charles III.