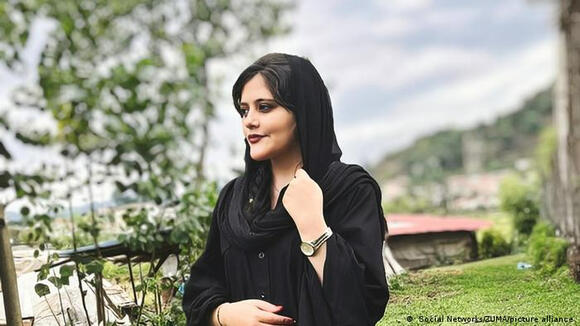 The police told her brother that she would be taken to a detention center to give her a briefing class on the importance of modest dressing. Although it sounded like a harmless thing to do, it turned out to be an important event that shook the whole world.

Numerous eyewitnesses said that Mahsa was tortured and beaten by the morality police. She fell into a coma. Three days later, on 16 September 2022, she died in the intensive care unit. Although signs of bruises and head injuries were seen in the CT scan of Mahsa's dead body, the police claimed that she died from a heart attack. Even though the government officials argued that Mahsa died due to pre-existing medical conditions, her parents claimed that she never had any history of heart disease in her life.

The death of Mahsa Amini led to big protests in many cities within the country of Iran. Many women burned their headscarves as a demonstration against oppression. Iranian women as well as women around the world who supported Iranian women in their protests cut their hair short as an act of protest. The Iranian government suppressed their protests by killing protesters, restricting internet access, and firing shotgun pellets and rubber bullets at the protesters. Officials from other countries, including the USA, condemned the killing of Mahsa Amini under police custody and held the Iranian government accountable for human rights abuses.