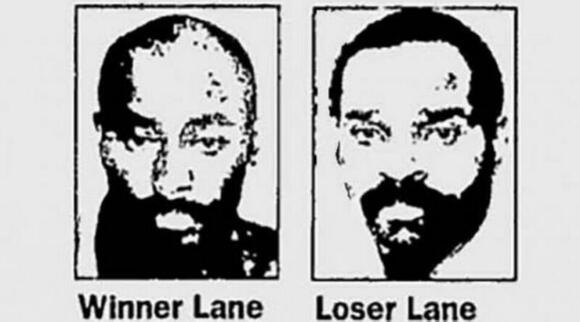 Winner Lane and Loser Lane grew up in a place called the Wagner Projects, located in Harlem. Although both of them were raised together, both of them turned out to be different people. One of them grew up to be brilliant in academics and talented in sports. The other grew up to be a criminal.

Ironically, the boy who grew up to excel in his life was Loser. Loser Lane earned a scholarship to study in an elite boarding school, called Pomfret School. He later got admission to Lafayette College and got a job as a detective in the NYPD, earning him a six-figure salary. He is nicknamed Lou by his detective colleagues.

Winner Lane, on the other hand, lived a life full of criminal activities. His first arrest was in September 1977 for aggravated assault. Throughout his lifetime, he had a record of over 30 arrests for various crimes including trespassing, theft, and resisting arrest. The brothers were last interviewed in 2002 when they informed that they rarely see each other anymore.