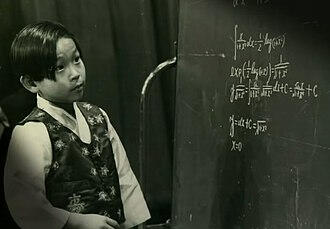 When Kim turned 3 years old, he learned how to solve problems of calculus, involving both differentiation and integration sums. When he turned 5 years old, he was able to speak 5 languages, Korean, English, French, German and Japanese. Soon, he turned out to be a celebrity figure in all of South Korea. He got invited to multiple TV shows and many articles were written about him.

When Kim turned 8 years old, he got invited by NASA and help them in research. He accepted the offer and decided to move to the USA. He worked 10 years for NASA. He also got a score of 210 on his IQ test, which set a new record in the Guinness Book of World Records in 1978.

However, after 10 years of working hard at NASA, he decided to quit his job. He felt like it was not the right job for him. He didn't get enough job satisfaction working at NASA and decided to go back home to South Korea. He completed his formal education and earned a Ph.D. in civil engineering. In the present day, he works as a professor at Shinhan University in South Korea.

The media labeled him as a "failed genius" after he decided to quit NASA and work as a professor. They had high expectations from him due to his high IQ and his extraordinary talent. However, Kim is happy with his life and satisfied with his job now. Kim responded to criticisms of him being a failed genius by saying that he's not omnipotent just because of having a high IQ, and further added that he was not extraordinarily talented in music or sports to be considered a perfect human being.