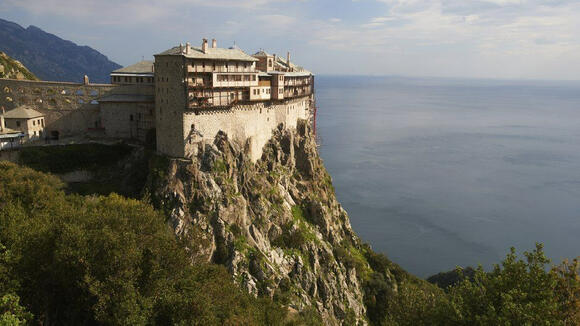 Tolotos spent his childhood as well as his entire life on Mount Athos. He was raised by the Greek orthodox monks residing in the monastery. The monastery that Tolotos grew up in had strict rules that had to be followed by all the residents living there.

One of the most notable rules that have existed for over a thousand years in Mount Athos is that females were not allowed to enter the area. Laws forbidding women and domestic animals from entering the Mount have existed since the 10th century and are still in force today. The reason behind this rule was to ensure that all the monks living in all the monasteries of Mount Athos could fulfill their requirement to stay celibate for their entire life.

The primary purpose behind banning females to enter Mount Athos was to prevent the monks from any temptation that may risk their obligation to stay celibate. However, even though Tolotos never saw a woman in his life, he did learn about the existence of women from peers as well as from reading books.

When Tolotos died in 1938, at the age of 82, he was given a special burial by all the monks living at Mount Athos. They did a special burial for him because they believed that he was the only man in the world who died without knowing what a woman looks like.