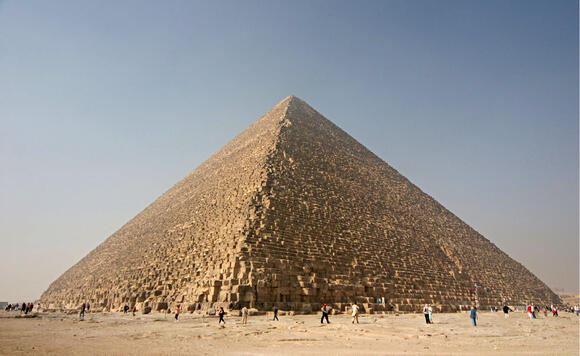 Al-Aziz grew up to be a highly religious person. He became the ruler of Egypt when he was only 22 years old. During his reign, the Great Pyramids of Giza located in Egypt were considered to be one of the wonders of the world like how it is today. However, Al-Aziz believed that the existence of the pyramids was against his religion. So he decided to order the destruction of the pyramids.

After spending a lot of money for eight long months, Al-Aziz came across a harsh realization. He realized that the cost of destroying the pyramids would be as much as the cost it took to build them. This made people realize that the construction techniques used by the ancient Egyptians were of such high quality that the plan of destroying the pyramids had to be abandoned after eight months. The evidence of the attempted destruction of the pyramids, a large vertical gash, can still be seen today.

Opinion: If Salman Rushdie dies, it would not a victory for any religion, rather it will be a victory of fanaticism

On 12 August 2022, British writer Salman Rushdie was stabbed in his neck and stomach before he was about to give a lecture at the Chautauqua Institution in New York. He was immediately taken to a nearby hospital in Pennsylvania by helicopter. His agent, Andrew Wylie, told journalists that he is currently on a ventilator and sustained many injuries including a damaged liver, and severed nerves in one hand.