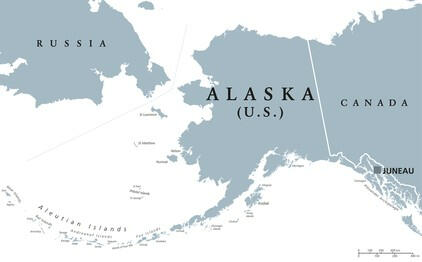 In the past, Russia was not such a big country as it is now. Throughout the past few hundred years, Russians started their land expansion which led to Russia owning having Alaska under their control as well as a part of California. It was during the 18th century when Russia had established many settlements in Alaska.

The climate of Alaska is harsh and cold, and it was even more difficult for people to live in such harsh conditions in the past. Only a few Russians settled in Alaska. Agriculture was difficult in the harsh climate, which repelled settlers from living in that place. This instigated the Russians to start going south to look for better opportunities. In 1812, the Russians built their first settlement in California, which is now known as Fort Ross.

However, all the settlements that Russians established in the Americas were not easy to maintain, and there are many reasons why. Communications with Saint Petersburg, the capital of Russia at that time, were difficult to maintain because Alaska was about half a globe away from that city. The profitability of the Russian settlements in the Americas also started declining over the years. This made the Russians question whether they could maintain their Alaskan colony for too long.

The Crimean War was a prolonged period of military conflict that lasted from October 1853 to February 1856. Russia lost this war to an alliance of France, the Ottoman Empire, and the United Kingdom. This war cost Russia a lot and provided a financial burden. Russia was in such need of money that they thought that selling Alaska was not an option anymore, but necessary.

After the USA stabilized after the American Civil War, negotiations between Russia and the USA started proceeding for the Alaska treaty. Russia sent a team of surveyors to the USA to find the valuation for the land of Alaska, taking into account the worth of all the resources available on that land. The surveyors estimated that the valuation is worth around $10 million. The USA was interested in buying Alaska as the Americans saw a potential for gold, fur and fisheries, and natural resources in that land.

After the negotiations were over, the deal for the Alaska treaty was fixed at $7.2 million. US President Andrew Johnson signed the Alaska treaty on 28th May 1867. On 18th October 1867, Alaska was formally transferred to the USA. This day is celebrated as Alaska Day and it is considered a legal holiday.

The Alaska Treaty was initially considered as a loss by most Americans and was often referred to as Seward's Folly, as contempt towards William H. Seward, the 24th United States Secretary of State, who negotiated the Alaska Purchase. However, a few years later, in 1896, a lot of gold reserves and mineral resources were discovered in Alaska, and people realized that what Steward did was not a folly.