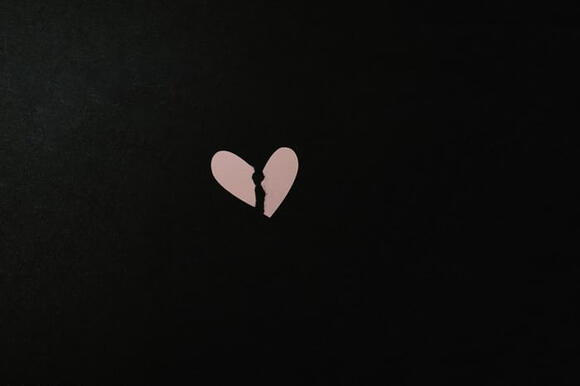 Statistics from dating.com have revealed that 2020 has been the year where the highest number of breakups have been recorded to have happened. The website had suddenly seen an increase in the number of users in that year. While surveying their current users, the website found that 67% of their users have admitted going through a breakup. Nearly 75% of the surveyed group claimed that they signed up for a dating website to help them move on with their life.

There are many instances where relationships fall apart because things get complicated. Misunderstandings between couples are often one of the leading causes that leads to arguments. If both of the partners make an effort to prevent things from getting complicated, their relationship may last for a longer time than others. Here are a few things that make relationships complicated.

When partners don't trust each other enough, complications are bound to arise. Gaining the trust of your partner is extremely important when it comes to relationships. Breaking the trust that someone has in you is like breaking glass. Whenever a glass breaks, the glass will never be strong again even after all the pieces get rejoined. In the same way, whenever someone's trust in you breaks, it's hard to get it back.

There are some people who are adamant not to apologize even after they know they did something wrong. This is a type of behavior that hampers relationships a lot. Your partner would keep having a grudge against you if you did something wrong that affected them and never apologized for it.

Emotion regulation refers to a person's ability to effectively manage and respond to an emotional experience. Different people react to trauma differently. Some people do the mistake of putting off the frustration of past trauma on their present partner, and this makes things complicated.

According to a survey done by the Pew Research Center in 2013, it was found that love was the most important reason to get married for American couples, ahead of making a lifelong commitment. The other reasons included companionship, having children, and economic benefits.

30% of Americans use online dating

According to a study conducted by the Pew Research Center in October 2019, 30% of Americans have used online dating, compared to only 11% in 2013. Whenever you like someone, you definitely don't want to mess things up with them. Although the way you behave with them in real life is important, the way you text with them also matters a lot. The way you text can make a relationship kill a potential relationship. There are often times when we lose the interest of our crushes due to the way we text. Here are a few things we do wrong while texting our crushes.

Only 12% of Americans practice healthy habits

A survey done by the American Heart Association in 2012 found that only 12% of Americans regularly practice healthy habits. Some of these healthy habits include good nutrition, exercise, and oral care. The good news from the survey is that 90% of Americans are in the mindset to improve their health. However, habits play a very important role.

How do banks earn money?

We all keep our money in banks. In return, banks give us interest in our savings. But have you ever wondered how banks earn money if they give us more money in exchange for us keeping our money with them?

During New Year's day, resolutions are taken by many people. They soon end up breaking those resolutions and fail to commit to the promises they made for the new year. This is because a lot of resolutions are hard to be maintained by people. But there are some resolutions that can be easy for you to stick through. Here are a few easy new year's resolutions you can take for 2022.

Trying to avoid sadness is like trying to avoid life. Arguably, there is no person in this world who never went through sadness. As much as we try to be happy, sadness would always come to haunt us, in one way, or another. But sometimes, people get sad for unnecessary reasons. They take things too seriously or allow themselves to get hurt from minor inconveniences. Whenever you feel sad next time, remember the following things.

Distance is temporary but love is permanent

Acceptance is a crucial part of moving on

One of the hardest things in life is when the people who gave you the best memories become a memory. There would often be quite a few times in your life when you would have to go through the grief of losing someone you love. Sometimes, it would be unbelievable for you. It would be hard for you to accept that someone whom you loved the most has left you. However, when there is no other choice, you have to move on to feel better. Here are a few things you should remember while trying to move on.