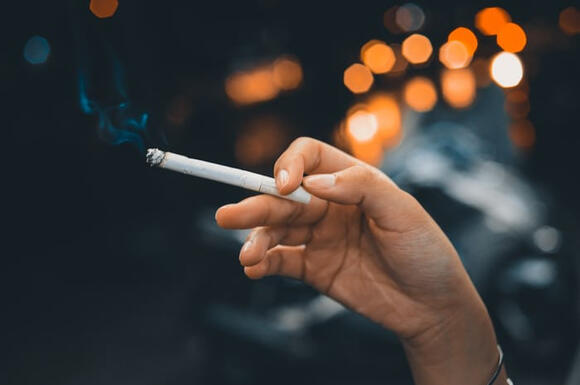 Photo by Lê Tit on Unsplash

Even after knowing that cigarettes are bad for health, some people fail to overcome their addiction and suffer the consequences. Some people manage to overcome it and their body goes through a lot of positive changes. Let's find out how.

The nerve endings on their nose gradually start to get weakened and they start suffering from a loss of smell. The chemicals present inside cigarette smoke also increase the risk of infections happening inside the lungs of a smoker. Tartar, an accumulation of hardened plaque and minerals from saliva starts getting formed as a coating in the teeth and gums of the smoker. This tartar leads to damage to tooth enamel.

Nicotine, a stimulant present inside cigarettes gets mixed with the bloodstream of the smoker after inhalation of the smoke. This stimulant reaches the brain and triggers the release of a hormone called dopamine. Dopamine is a neurotransmitter that is responsible for making a person feel pleasure. This dopamine secretion makes many people get addicted to smoking cigarettes.

Even though it is addictive, it is still possible to quit smoking cigarettes. Addicted smokers can quit smoking cigarettes through sheer willpower or by joining rehab centers for smoking cessation. If the smoker is determined enough to quit his habit of smoking, a lot of rewards are waiting for him if he successfully manages to quit. The rewards he will receive are positive changes in his health.

After a day of not smoking, the blood pressure and heart rates of the smoker begin to come back to a normal situation. The toxic carbon monoxide levels inside the smoker's body, which increased a lot due to excessive smoking, start decreasing. This decrease in the levels of carbon monoxide leads to an increase in the oxygen-carrying capacity of the blood, which had been decreasing all the time when the person was smoking.

The nerve endings responsible for smell and taste that got destroyed due to the smoke chemicals start to recover again. The risk of heart attacks also starts decreasing. The lungs start getting healthier after one month of not smoking. If the person suffered from shortness of breath due to excessive smoking, his breathing starts becoming normal as well after a few months of quitting smoking. The resistance towards infections also improves within the body when the person stops smoking.

The habit of smoking has always been a problem for many people who face serious consequences due to this addiction. However, with lots of determination and sheer willpower, it is possible to get rid of the deadly habit of smoking. There are tremendous benefits the body goes through after a person stops smoking.