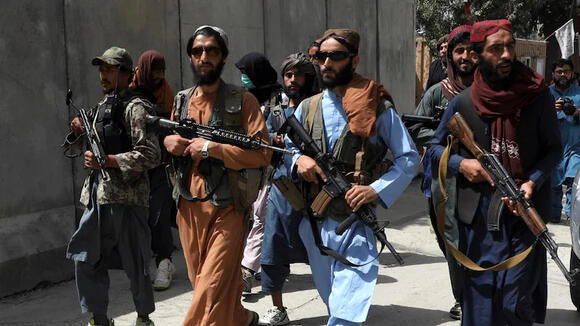 Afghanistan is also known as the "Graveyard of Empires".

This is because even though many superpowers and great empires have tried to conquer Afghanistan, they always face a humiliating defeat and return to their homelands.

There have only been a few times when Afghanistan was successfully conquered by a foreign power.

Alexander the great, the king of the ancient Greek kingdom of Macedon conquered Afghanistan as part of his war against Persia.

The Arab kings also conquered Afghanistan as a part of their religious conquests.

Genghis Khan, the ruler of the Mongol Empire also conquered Afghanistan as a part of his territorial conquest.

Three kings of India, Shah Jahan, Aurangzeb, and Ranjit Singh have also conquered Afghanistan as a part of their territorial conquests.

Although Afghanistan has been conquered a few times in its ancient history, it is not the same case in its modern history.

Afghanistan has shown to be quite a difficult land to be conquered in modern history.

This led to a war that lasted for three years. It was known as the First Anglo-Afghan War. It resulted in the defeat of the British and a victory for the Afghans. This incident was also referred to by the British as "The Disaster in Afghanistan".

Even though the British had advanced weapons and firepower, the Afghans still managed to defeat them.

The British were able to win the Second Anglo-Afghan War that happened in 1878. Afghanistan was allowed to have an internal rule but the British controlled their external affairs. Afghanistan became a new territory of the British Empire.

In 1919, the Third Anglo-Afghan War occurred. It was also known as "The War of Independence" in Afghanistan. The Afghans defeated the British in this war and Afghanistan gained complete independence from the British Empire. The British also recognizes Afghanistan as an independent country following their defeat in the war.

From 1947 to 1989, there was a period of geopolitical tension between the United States and the Soviet Union. This period was also known as the Cold War.

On 24 January 1989, the Soviet Union decides to withdraw its army from Afghanistan. Afghanistan once again frees itself from the rule of a foreign power.

After getting independence from the Soviet Union, Afghanistan was in a state of chaos. An extremely religious person called Mullah Omar started creating a religious group called The Taliban that would aim at reducing the high rate of crimes that was happening in Afghanistan at that time.

Several warlords from the Mujahideen join the Taliban and form a new government with Mullah Omar as their leader. The Taliban kills the president of Afghanistan and take over the country by force. They then continue ruling the country for a few more years, imposing their strict implementation of religious laws for everyone in Afghanistan to follow.

On 11 September 2001, a deadly terrorist attack takes place inside the USA that leads to the death of approximately 3000 people. These attacks are also known as the 9/11 attacks. The terrorist group named Al Qaeda claims responsibility behind those attacks. Osama bin Laden was the leader and the founder of Al Qaeda. The intelligence agencies reported that Osama bin Laden was taking shelter in Afghanistan during that time.

The USA asks the Taliban to hand over Bin Laden to their custody. The Taliban refuses and says that they consider Bin Laden as their guest and they intend to keep him protected under their shelter.

This reaction leads to the USA invading Afghanistan on October 7, 2001, to deliver justice to the ones who were responsible for the 9/11 attacks. The invasion leads to the overthrow of the Taliban from power.

The civilians of Afghanistan got freed from the strict religious laws that the Taliban The USA installs a democratic government to rule Afghanistan.

The USA successfully takes its revenge for the 9/11 attacks by killing Osama bin Laden in May 2011. By this time, the Taliban has already regrouped and started an insurgency to regain power inside Afghanistan again.

Even after dropping a lot of bombs inside Afghanistan and killing many Taliban members, the Taliban didn't accept defeat and started a guerilla war against the USA.

The USA eventually gets tired of the continuous attacks made towards their soldiers by the Taliban insurgents.

The USA decided that this continuous and bombing needs to stop one day. This led to US President Donald Trump signing a peace deal with the Taliban. The agreement was known as the Doha Agreement was signed by the United States and the Taliban on February 29, 2020, in Doha, Qatar.

According to the terms of the agreement, the USA and their allies agree to withdraw their troops from Afghanistan in return for a pledge by the Taliban to prevent al-Qaeda from operating in areas under Taliban control.

During the summer of 2021, the US forces start withdrawing from Afghanistan. They train and equip the Afghanistan government before leaving.

Even after getting trained by the US government, the Afghanistan government still fails to defend the country against the Taliban. The Taliban starts an offensive and starts retaking various districts of Afghanistan under their control.

On 15 August 2021, the Taliban regains control of the entire country by entering Kabul, the capital of Afghanistan. President Ashraf Ghani fled the country and the Taliban captured the Afghan capital without any resistance. Afghanistan was taken over by the Taliban again.

This incident marked the end of the nearly 20-year-old war in Afghanistan, also considered as the longest war the US has ever fought. The results of the war are considered to be a Taliban victory and a US defeat since the Taliban were successful in retaking the country.