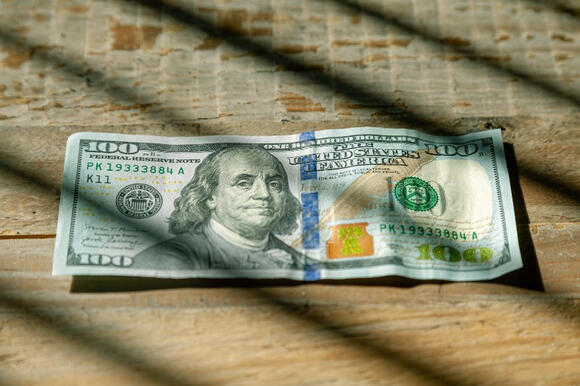 Photo by Live Richer on Unsplash

However, it is not the most valuable currency in the world. There are a few currencies in the world that are more expensive than the US dollar.

For example, the Euro is 1.16 times higher in value than the US dollar.

The Pound sterling is 1.38 times higher in value than the US dollar.

But what is the most expensive currency in the world?

It is neither the Euro, Pound Sterling, or the US dollar.

The most expensive currency in the world is a currency about which many people don't know about.

It's the Kuwaiti Dinar.

The Kuwaiti dinar is the official currency of Kuwait. For those who don't know, Kuwait is a country located in the Middle East.

But how did Kuwait manage to have the most expensive currency in the world? Let's find out how.

Between 1959 and 1966, the currency used in Kuwait was issued by the Government of India. The Reserve Bank of India was responsible for minting the currency of Kuwait at that time.

The name of the currency used by Kuwait at that time was known as the Gulf Rupee. It was pegged with the Indian rupee.

The Gulf rupee was not allowed to be used inside India. It was only meant to be used in the Gulf Arab countries. But why was Kuwait so dependent on India at that time?

This is because from 1763 to 1961, the British Empire had conquered many countries from the Persian Gulf area. The British saw that Kuwait had quite a small economy at that time. They decided that there was no need to introduce a new currency in Kuwait. They then agreed to make Kuwait use the same currency that is used in India.

In 1947, India got independence from the British Empire. Shortly after independence, India allowed Kuwait to continue using the Indian rupee.

However, after a few years, India encountered a problem with gold trafficking. Gold smugglers would sell gold in India, take the Indian rupee and exchange it for other international currency. This made India suffer huge economic losses.

So in 1959, the Indian government decided to introduce a new currency for the Gulf countries. They called it the Gulf Rupee.

In 1961, Kuwait got independence from the British as well.

In 1966, the Indian government decides to devalue the Indian rupee on purpose for various economic reasons. This devaluation affects the Gulf countries a lot and they get forced to introduce their own currencies.

The Kuwaiti government decides to adopt the Kuwaiti Dinar and kept it at a fixed exchange rate to a basket of currencies.

By the 1970s, Kuwait becomes one of the most developed countries in the Middle East.

Due to Kuwait having a rich oil-based economy, they have a lot of foreign currencies in their reserve. About nine percent of the world’s global oil reserves are located in Kuwait.

The expensive value of the Kuwaiti Dinar is driven by the large reserves and exports of oil that Kuwait possesses.

In economics, there is a concept called Balance of Payments (BOP). It is basically the difference between the money flowing inside a country and the money going outside the country in a particular period of time.

Kuwait has a high BOP. They have more inflows of money and fewer outflows of money due to their rich oil-based economy. These factors ensure that the currency of Kuwait will remain one of the most expensive currencies in the world.