How did the USA become the most powerful superpower in the world? 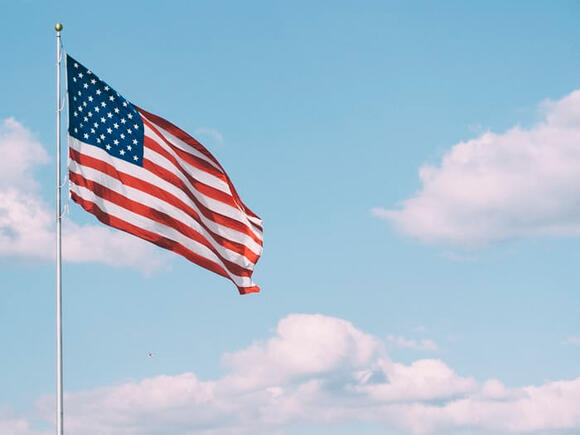 Photo by Aaron Burden on Unsplash

Which country has the strongest military power in the world?

Which country has won the highest number of Noble Prizes till now?

Which country has won the most Olympic medals to date?

Surprisingly, all of the achievements mentioned above have been accomplished by only one country.

Before the 1800s, China and India were the economic superpowers in the world. Most of the trading activities around the world were either based in China or India.

But suddenly after the 1900s, the USA started showing its dominance and grabbed more than 24% of the world's GDP. How did they make it possible?

How did the USA manage to achieve so many milestones despite being such a relatively new country? There are many countries in the world that are way older than the USA but have not achieved as much as the USA did. How did that happen? How did the USA become the most powerful superpower in the world? Let's find out.

The origins of the USA

In 1492, the Italian explorer Christopher Columbus discovered the Americas. Shortly after his discovery, European countries started planning to colonize the Americas. After a few hundred years, England, France, and Spain were the top colonizing powers of both the continents of North America and South America.

In 1776, the Thirteen Colonies declared their independence from Britain. With the help of France and Spain, they defeated England in the American Revolutionary War. This was the first war of independence in history where a non-European entity was successful in gaining independence from a European country. After losing the war, the British officially recognized the independence of the USA in 1783.

Many states started joining the Thirteen Colonies because they preferred to live under a democratic rule rather than a colonial rule. This led to the increase in USA's territory from just 13 colonies to the entire width of the North American continent.

A bigger territory resulted in higher economic productivity by the USA. This enabled the USA to gradually start increasing its share in the world economy after the 1800s.

How did the USA benefit from the two World Wars

Since most of the battles didn't occur inside American land, the USA didn't suffer economically from both the World Wars. The USA was the only country that has profited from both World Wars. They achieved this by selling weapons to different European countries.

The two World Wars devastated the economies of many European countries. Even the European superpowers like Britain and France suffered huge economic blows during the wars. After seeing that the USA didn't suffer any losses in both the World Wars, many European countries started depositing their gold with the USA. Many countries started buying the US dollar and that increased the value of the US dollar even more.

There are several policies promoted by the USA that enables it to become a superpower as it is today. The USA always invites talent inside their country. They encourage talented people to immigrate to their country which increases their productivity even more. They promote innovation and encourage talent. At the same time, they discourage conservatism and backwardness, and that leads to more progress.

Although the USA is a superpower, the country chooses to spend more on its military rather than the welfare of the people. This is the reason why it has an expensive healthcare system, education costs are too high, and unsafe gun laws which result in many mass shootings throughout the year. However, all these problems could be avoided if the majority of the people collectively decide to get rid of the shortcomings that haunt the USA.