The bright side of Bitcoin 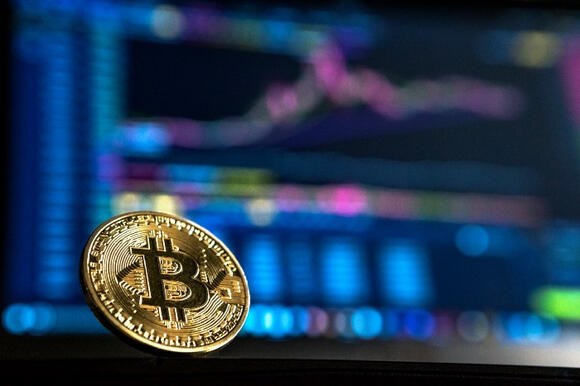 Why is bitcoin so much on the news nowadays? Why has it become a trend to invest in cryptocurrencies? Why do some people think that investing in digital money is the road to financial freedom in the future?

This is because many people see a huge potential in bitcoins. Some believe that bitcoins will replace all currencies and be the primary mode of transactions in the future. In this article, we will discuss what a bitcoin is and why investing in it seems to be a wise decision.

Bitcoin (BTC) is basically a digital form of money. It is intangible which means it cannot be touched or felt. It can only exist virtually. It was launched in January 2009 by Satoshi Nakamoto. He chose to keep his identity a secret and the reason why he did so is quite interesting.

It is because no investor would stop investing in bitcoin if anything ever happens to Nakamoto, since no one knows who he is, and thus it won’t affect the price of bitcoin in the free market. There are 21 million bitcoins to ever exist and 18.6 million bitcoins are in circulation, as of January 2021.

The final bitcoin is likely to be issued in the year 2140. Bitcoin transactions are fully transparent and auditable. It is operated by a decentralized authority, unlike government-issued currencies. Although bitcoin has been declared dead by the media 397 times till now, its nature seems to be deflationary and its value is expected to rise more in the future.

Protects you from inflation

When you are using bitcoin, you are not only protecting yourself from inflation but also the entire money. Many government-backed currencies have chances to go through inflation in the future and lose their value. Inflation happens when the government mints more money.

When the supply of money is more, the availability of money among people will be more. More people will be able to buy a product at a certain price so naturally, the price goes up. The value of the currency goes down. People have to spend more on something than what they did before. But in the case of bitcoin, inflation is very unlikely to happen.

There are only 21 million bitcoins to exist and no one can issue any more than that. Since the supply is limited and more people are investing in it, the value of bitcoin is likely to go up. It is beneficial to invest in something whose value is expected to go up in the future.

No intermediary is required

What happens when you send or receive money from someone living in another country? The bank charges you a small amount for making the international transaction on your behalf. The bank acts as an intermediary for making that transaction possible.

But this system of having an intermediary is not required while making bitcoin transactions. You can directly send bitcoins to anyone in any part of the world. You don’t have to incur additional costs while sending BTC to anyone in the world because transactions in bitcoin are direct.

These transactions use peer-to-peer technology, which means that no intermediaries will be taking a charge, and there’s no need for trusted third parties.

Important note: Many of you might be thinking that it would be impossible for all people to invest in BTC nowadays because its value is so high and still rising. But the good news is that you don't have to buy 1 BTC as a whole. You can buy a fraction of a bitcoin. These fractions are called Satoshi.

It is a decentralized mode of transaction which means that there exists no central server or storage. The network is peer-to-peer and the ledger is public. No single administrator is controlling the bitcoin network around the world. Anyone can make a transaction to the network without needing any approval. The only thing that the network does is to confirm that the transaction is legitimate.

New bitcoins are released into circulation by a process called mining. Mining requires solving puzzles using supercomputers to discover a new block. A block is a file where data relating to the bitcoin network are permanently recorded.

These blocks are then added to a blockchain. Mining verifies bitcoin transactions across the network. Anyone can become a miner. Miners get rewarded with bitcoins for verifying the transactions and thus new bitcoins get added to circulation.

The transactions done in BTC are very fast. It takes a minimum of 4 seconds and a maximum of 10 minutes to complete a bitcoin transaction. If you send money to someone in another country, you have to wait for 4 or 5 working days for the money to be credited to the receiver’s account.

You can send BTC to anyone in any part of the world. All that is required is internet connectivity in both of your devices. You can complete BTC transactions instantly without any delays caused by intermediaries like banks and you don’t have to incur any additional costs.

A traditional payment system like card payments has some risks like identity theft and exposure to mass data if the database is not secure enough. Some websites have weak security systems that can expose user data to unwanted access.

As bitcoin is a decentralized system, the responsibility of security lies with the end-users, as there is no central authority for this network. These transactions are conducted on a public network and cannot be modified after it gets validated by several nodes on the blockchain. The blockchain is a public ledger. The miner’s work verifies the blockchain. For optimum security, users must secure their individual keys and keep transactions within the blockchain.

The 6 reasons why you should start investing in bitcoins are as follows:

#1. Protects you from inflation

#2. No intermediary is required

Bitcoin won’t likely replace all currencies produced by different countries, but it will be helpful for niche uses like micropayments and online services. The future of bitcoin will be determined by how well the blockchain continues to operate with the number of transactions increasing every day. Best of luck and invest wisely.