What would happen if the Internet crashes in the entire world? 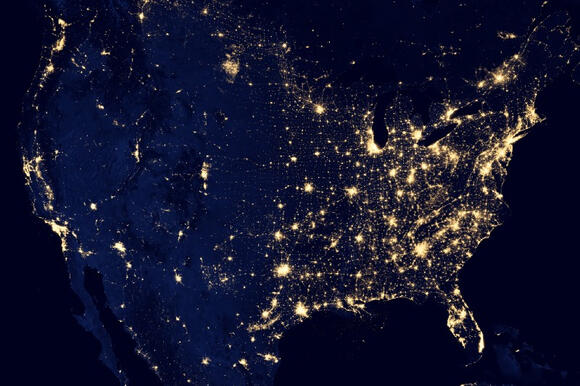 Photo by NASA on Unsplash

Do you remember the massive Facebook outage that occurred on 4 October 2021? Facebook and its subsidiaries Messenger, Instagram, WhatsApp, Mapillary, and Oculus, became globally unavailable for more than six hours. This was the longest outage that Facebook ever experienced since 2008.

The outage resulted in a loss of about $6 billion for Mark Zuckerberg, the founder of Facebook himself. Many companies who used Facebook for their business operations also lost millions of dollars just because Facebook was unavailable for more than six hours.

It would be more disastrous than one could ever imagine. This is because the majority of the world today is dependent on the internet. Billions of dollars were already lost due to the recent Facebook crash. Now imagine how much more would be lost if the entire internet crashes in the whole world.

However, that would happen only if the entire internet becomes unavailable at a global level. Will it ever be possible to do that?

Can the government control the internet? No, they can’t. The maximum they can do is remove a few social media posts and block a few websites.

This is because of how the internet is made. The internet does not have a central authority. It is decentralized. Let us take a quick look at the purpose of inventing the internet.

In 1962, an American scientist named J.C.R. Licklider proposed the idea of creating a galactic network between all the computers that would allow the government officials to communicate with each other even if the Soviet Union destroys the telephone system in their country.

Based on his idea, American scientists were able to come up with a computer network similar to the one he proposed. In 1969, they were able to develop a network known as ARPANET.

Lawrence Gilman Roberts, also known as Larry Roberts, is now known as the founding father of the Internet.

A lot of improvements were made to this system. The development of inter-networking and the adoption of the TCP/IP protocol led to more developments in the system.

Opinion: If Salman Rushdie dies, it would not a victory for any religion, rather it will be a victory of fanaticism

On 12 August 2022, British writer Salman Rushdie was stabbed in his neck and stomach before he was about to give a lecture at the Chautauqua Institution in New York. He was immediately taken to a nearby hospital in Pennsylvania by helicopter. His agent, Andrew Wylie, told journalists that he is currently on a ventilator and sustained many injuries including a damaged liver, and severed nerves in one hand.

Why is an air conditioner more effective in cooling you compared to a ceiling fan?

Have you ever noticed that when you're sweating on a hot and humid summer day, even the ceiling fan at top speed fails to cool you down? The ceiling fan would be spinning at top speed but the humid moisture of the air would still warm you up and make you keep sweating.