How did human beings become smarter than all the other species in the world? 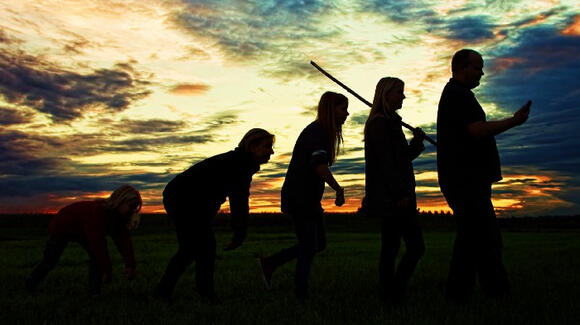 Photo by Johannes Plenio on Unsplash

Over the years, it was seen that homo sapiens became much smarter than their ancestor species. Humans also became smarter than all the species that exist on this planet. Let us find out how.

Scientists consider a species called homo habilis as the first form of humans to ever existed. They lived 2.5 million years ago. Although these early humans resembled apes and chimpanzees a lot, they had some features which made than smarter than the other species.

These early humans had the ability to communicate better. The system of communication done by early humans is what resembles languages. With language, they passed on collective knowledge and wisdom from one generation to the next. After passing down collective knowledge over a few million years through language, humans became much smarter than other species that had other systems of communication.

Another reason for humans rising above other species is their ability to make tools and satisfy their wants. Sophistication in the tools made by man made him more and more developed.

The next breakthrough in the story of evolution is the discovery of fire. Humans became the first animals to make and use fire. It is believed that homo erectus, who appeared after the homo habilis was the first to use fire. This happened approximately 1.9 million years ago.

Descended from the homo erectus emerged a new group called homo sapiens. Among homo sapiens, there was a subspecies called the Neanderthals. They were the first humans to bury the dead. They could survive in the extreme cold. They were able to build sheltered homes and hunt down mammoths. They used animal skin for clothing.

Neanderthals were defeated in a war and made extinct by another subspecies of the homo sapiens group called the homo sapiens sapiens. These are modern human beings. All humans on earth belong to this category. These subspecies made their first appearance on earth about 200,000 years ago.

Then came the story of the early man and gradually over a few thousands of years the modern humans evolved to what they are today.