Why does leap day exist? 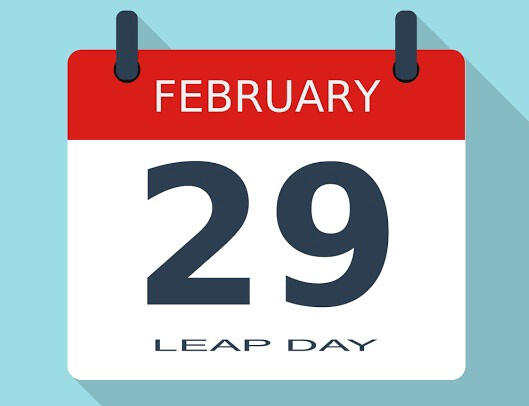 After every 4 years, an extra day is added to the calendar. This day is called a leap day. A leap day falls on the 29th of February.

There are two rules to be kept in mind while determining a leap year:

The concept of a leap year was started by Pope Gregory XIII in 1600. The current civil calendar we use nowadays is called the Gregorian calendar because it was this former head of the Catholic Church who commissioned this calendar.

Will Artificial Intelligence be a threat for humans in the future?

How did human beings become smarter than all the other species in the world?

What should you do to lose weight?

Losing weight is not an easy thing to do. Many people try to shed all their body fat, but not everyone succeeds. The struggle of losing belly fat is not easy. One of the major reasons people fail their weight loss plans is their inability to resist eating more. Many people want to lose weight but don’t want to work on it. Some believe that drinking sugar-free tea or eating peanut butter would magically burn their fats. But in reality, there are no fat burners.

What happens when a girl likes you?

You meet a girl one day. She is pretty. You approach her and try to start a conversation with her. She starts talking with you. You both exchange numbers and start texting each other. Days pass by and you become close to each other.

Maturity comes to people in a lot of ways. Some people reach maturity sooner while some people reach it late. However, maturity is not measured by age. Rather, it is an attitude built by experience. Wikipedia definesmaturity as the ability to respond to the environment being aware of the correct time and location to behave and knowing when to act, according to the circumstances and the culture of the society one lives in.

Why do we fail even after trying?

There are many instances in life where you often see yourself not achieving what you want. You would face many setbacks while trying to accomplish your dreams. Failure is not a new thing. People often fail. Failures are said to be the stepping stones of success. But that does not mean that you shouldn’t try to avoid failures. Avoiding failure is the real stepping stone to success.

Diversifying your investing portfolio beyond stocks

For those of you who are new to investing, you may not know what a portfolio is. Basically, a portfolio is a collection of all your investments. These investments may include any financial asset like stocks, bonds, commodities, cash, cash equivalents, etc. The value of your portfolio depends on the performance of the assets you invested in.

Why do wars happen?

Wars have been happening among humans for hundreds of thousands of years. Humans have been fighting among themselves ever since the human race began. Humans are the only species on this planet to fight the highest number of wars against each other. Historians say that the earliest war that the human race ever fought was against the Neanderthals (a subspecies of human beings). The Homo sapiens (the human race) won the war and made the Neanderthals an extinct species. This happened approximately 40,000 years ago.

What can you do with zero talent?

Some traits of rich people

We see many people living in fancy houses and driving luxury cars. It may look like all of them are rich. However, in reality, all of them may not be rich and many among them may have acquired their possessions through debts. Two Americans, J Stenly and D Denko put in twenty years of research to study the millionaires and found out some amazing and true secrets, which they wrote in their book Millionaire Next Door.

Respect is a very important thing in a person’s life. All humans want respect. Getting respected feels good. Being respected is the situation where you are treated with kindness by others and your values are recognized positively. However, respect is earned, not given for free.

Mussolini's granddaughter wins the most votes in Rome local elections

Rachele Mussolini, who is the granddaughter of the Italian dictator Benito Mussolini has won the most votes in the municipal elections in Rome. She is a member of the political party named Fratelli D'Italia, which translates to "Brother of Italy". This party was founded in 2012 and is notorious for being a far-right and a Eurosceptic party.

Why do you shiver when you feel cold?

We have all experienced our body shaking during the cold weather. It does not happen always, but we have all experienced it at least a few times in our lives. Sometimes when we feel too cold, we also hear our teeth chatter. But have you ever wondered why this happens? Let us find out why.

Stubborn belly fat has always been a problem for people throughout generations. The older you get, the harder it is to keep your belly fat at bay. Fat is stored in a human’s body so that it can be used for energy whenever there is a shortage of food. Belly fat was useful during the early ages, where starvation was a common phenomenon. However, in modern times, having a fat belly is not so useful considering that many of us are not facing prolonged periods of starvation.

Why is money so important in our lives? It is because even though money is not guaranteed to buy everlasting happiness in our lives, the absence of it can steal our happiness completely. When people have more money, they are less likely to be stressed. Less stress leads to a happier life. The more control we have over our funds, the fewer stresses we are likely to face.

Last week, Indian and Chinese soldiers were engaged in a brief face-off in Tawang. Tawang is a town located in Arunachal Pradesh, an official state of India. The face-off happened after a Chinese patrol tried to enter India's territory. The troops of the Chinese army were successfully pushed back away from India's territory.

Suicide bombing at a mosque in Afghanistan kills over 100 people

On 8 October 2021, a suicide bombing occurred at Gozar-e-Sayed Abad Mosque in Kunduz, a city in the northern part of Afghanistan. The blast targeted Shia worshippers and killed as much as more than 100 people. This incident poses as the latest security challenge to the Taliban as they transition from an insurgent group into a government.

What mistakes should you avoid to become a good investor?