Why Do People Float on the Dead Sea? 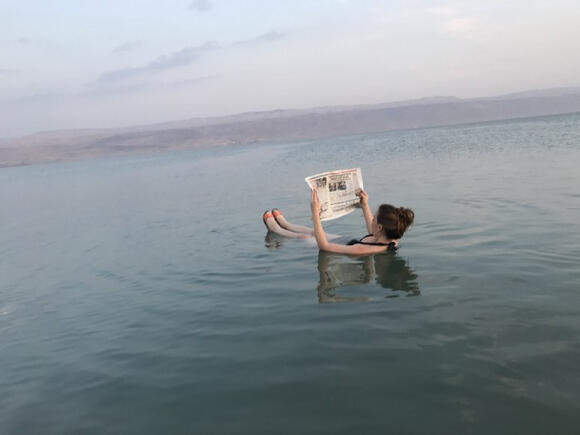 The water found in the Dead Sea is so salty that no aquatic plants or animals can live in it. This is why the name “Dead” has been given to this sea.

There are many rivers and streams that arrive into the Dead Sea, but none of them ever gets a chance to reach the oceans, because the Dead Sea is stagnant.