Why US Startups Will Thrive Post-COVID-19 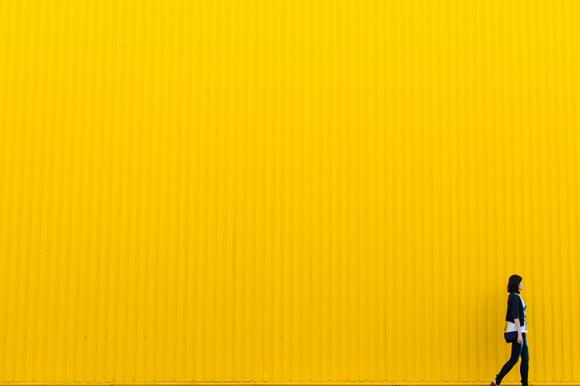 Many startups right now have one thing on their mind: to survive the pandemic.

Although the vaccine has been slowly been rolling out across the world, there is still uncertainty economically. With the Fed pumping money into the economy consistently, it would be a matter of time before this might not work.

This is one of the significant advantages is the ability to adapt and innovate on top of their products. Many businesses that were situated in heavily affected industries have had to pivot to survive.

For example, tourhq.com, which helps connect travelers with tour guides, pivoted into “online experiences” as soon as COVID hit.

Even with these pivots, however, startups have been having it rough.

Let’s start off the reality — startups have been hit hard

For startups looking for funding, for the first half of the year in 2020, there was a reduction in VC deals by approximately 20% since December 2019. Countries like China were hit the hardest with the virus causing VC funding to drop by a staggering 50% in the early months of 2020.

Many startups were also in a worrying zone of having less than three months of runway left. As seen in the graph below, only 15% of the startups surveyed had more than one year of runway in the bank.

Although a concern, the majority of the casualties would have happened earlier in the year as the economy has since rebounded aggressively. Although many industries are still suffering, there are also equally many thriving ones as well.

Let’s now take a look at why the startup ecosystem should be thriving soon.

VC Deals are still growing even though there is some lag

Although there was a dip in early-stage funding, late-stage VC deals flourished in the first half of the year in the US. This is most likely due to high capital availability and investors looking to place their money in larger and safer investments.

Overall deal activity remains stable even with slower growth out of the gate in 2020. Although it might not reach the highs of 2018, there is still a lot of room to move for the 2H of 2020.

Angels are available with hope for early-stage companies

Although we started the article discussing the implications the pandemic has had on early-stage startups, signs point towards growth in the near future.

For the US, angel deals remained steady at 550 angel financings, which was a slight decline compared to the first quarter of the year. Although there has been a massive slowdown on seed deals, what is promising is the sizes of these deals.

Angel and seed deal sizes both rose with medians of $580, 000 and $2.2million respectively.

With how steady angel investing has been even within the turmoil shows how risk-tolerant investors can be.

What might be thought of as a wrong time to launch a startup can be countered simply by looking at how the ecosystem is still being supported by these angels.

Some of the initial concerns for startups were that it would be hard to raise money without being able to meet people face to face.

Even seasoned investors like Jason Calacanis noted that he struggled to accept that he could invest in a company without meeting founders face to face (as mentioned on his podcast) but has since invested in his first-ever batch of startups without meeting them in person.

Many investors are now becoming more comfortable with not needing to meet founders, especially as the pandemic continues to affect not only networking events but face-to-face meetings across the world.

We believe these factors (being comfortable without meeting founders F2F) will lead seed counts back toward recent normal levels, especially if lockdowns are able to ease across much of the country. — Pitchbook

With more funding available potentially in the 2H of the year, this demonstrates potential recovery within the startup ecosystem, especially if there is more capital available for startups to catch.

More opportunities for startups to capitalize on

As mentioned earlier, startups can innovate and pivot, depending on the circumstances around them.

With every recession, we have seen new companies born with innovative ideas and successful execution. The two obvious ones from the GFC were Uber and Airbnb, while Alibaba’s Taobao was founded during the SARS outbreak of 2003.

Even in a period of crisis comes both a challenge but also an opportunity.

Startups have the best chance of solving a problem quickly and efficiently, especially a short term issue.

At the current time, many industries have opportunities residing within them, such as healthcare, online education, delivery, and more. Especially with big swings in social norms right now, there is a chance to uncover business opportunities.

All of this points to a thriving startup ecosystem

With the recovery in the market, as well as investors, potentially returning, we should see a healthy startup ecosystem, even if COVID-19 continues to linger across the world.

Like the GFC and even the dot com bust, we saw a large number of innovative tech startups to come out into the scene, and this should not be any different.

As funding returns to normal, startups should be able to seek funding for all kinds of projects, especially within areas of high growth.

Should We Be Worried About Inflation?

For the last year, we’ve seen stock markets rebound, the job market prosper, and everyone returning back into a post-covid working rhythm. However, peering over these positive outlooks lies a nastier concept if allowed to grow out of hand, and it’s known as inflation. We’ve seen inflation rates steadily increase worldwide, although not yet at an alarming rate in some.

Be Selfish To Grow Your Business

Side hustling has grown in popularity in the last few years. With the pandemic, we’ve seen more people creating side income sources to help manage financial stability in their everyday lives.

I Have One Meeting A Week And That's Fine

I hate meetings, so I made sure we followed this rule. I have a passion for disliking meetings that could have been done over a message or even a quick call. With so many applications to help us communicate, even with the pandemic, I find most meetings a waste of time.

Learnings From Launching My First No-Code App in A Month

From inception to launch — a one month challenge. I'm a marketer by day, but I love making and creating things by night. Unfortunately, with my limited technical skills, coding something up from scratch would probably take me years.

A super easy side hustle to get into, including which sites to sign up for. I have a full-time job and work on various side hustles. This means learning new skills to monetize can be challenging, especially with the high quality of freelancers in the market already. However, money is still money, and making more of it will help you eventually reach financial freedom.

Insights from leaders like Oprah, Obama, and more. Most people focus on morning habits, especially having a proper wake-up routine. However, having good habits just before you sleep is also essential to ensure a fresh start the next day.

A story of me and my first trading adventures in my 20s. Disclaimer: This isn’t financial advice but my own journey with trading. This is my opinion and my opinion only :) Like many new things out there, trading stocks can be a daunting activity. For me personally, I’ve always been a long-term trader, looking at fundamentals and picking out companies I think are undervalued for the long run.

The Reasons Behind Burnout and How To Deal With It

It’s not necessarily about taking a vacation or yoga classes. Being burnout is becoming somewhat of an epidemic. From friends, family, or even acquittances, the word is commonly flooding our workplace vocabulary.

If you're a marketer, writer, or anyone that creates content. Writing content can be tricky, especially if you don't know where to promote your own work. Anyone can start their own blog, but it's challenging to drive initial eyeballs to your content if you just started.

Here are 5 Trends Marketers Need To Keep Up With

Throwback to Slack's IPO and What A DPO Is

Slack IPOed at $38.50 per share on June 20th, 2019. It's one of the more interesting IPOs because it listed as a DPO (more on that later). Since then, its stock price has fluctuated greatly, mainly due to the heavy competition from Microsoft Teams.

A Look At 5 Growth Case Studies and Key Takeaways

Growth can make or break a company. For these case studies, I wanted to go through ones that range from tweaking one tiny thing (“growth hacking”) to complete full-fledged strategies involving years of planning and execution.

What I Learned At A Startup Bootcamp

A summary of my experience and thoughts and what you can do. Last year, I partook in an intense 4-day Bootcamp for early-stage startups. It was called the Lighthouse program and was led by someone who had been leading accelerators. Instead of focusing on startups with traction, this was focused around the ideation stage to help kickstart startups from the ground up.

7 Things I Learned While Working On A Side Startup

I spent a year working on my side project and here are all my learnings so far. Since my college days, I have been involved in everything startups and took on various projects within the entrepreneur space.

A Guide To Evaluating A Offer From A Startup

It doesn’t feel like it, but half a year has already gone by, yet we’re still sitting in a pandemic. This hasn’t stopped tech developments from happening globally, so let’s do a tech wrap-up for July.

Will Clubhouse Survive After The App Opens Up To The Public?

This San Francisco app announced on 21st July that it's no longer invite-only. Clubhouse was historically launched as an exclusive application available only on iOS. Launched last year on March 15th, 2020, it pretty much became an overnight sensation.

Should You Launch Your Idea In Stealth or Public

DevRev from Palo Alto recently launched from stealth with $50 million funding. We’ve all heard of it at least once. Someone has an awesome idea, but they can’t tell you yet.

The tech giant is following in the footsteps of Google and Facebook. Twitter, the social tweeting tech giant, is shutting down its offices after reopening their San Francisco and New York offices only two weeks ago. This decision was based on recent CDC guidelines, which recommended that fully vaccinated people begin wearing masks indoors with high COVID transmission rates. This is mainly because of how contagious the Delta strain has been.

It might not seem like a big deal but there's an underlying message by this valley tech giant. Yup, you're heard that right - you can now post 60-second videos (called Reels) on Instagram like you can on TikTok. Although TikTok has allowed users to post 3-minute videos, this change signifies an important shift to Instagram's strategy.