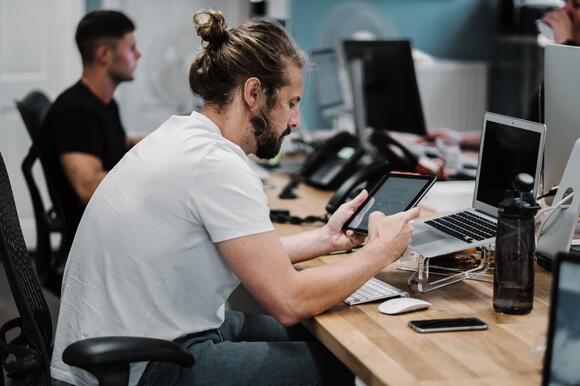 This article is intended to be an accurate account of what “success” really means, and how to achieve it in the 21st-century so that no one limits their potential. Here we go:

Myth 1: “Success” is What Everyone Else Says it is

“The truth is, you can define success a hundred different ways — the only thing that matters is whether or not you’ve met the expectation you have for yourself.” — Nicolas Cole

However, it’s simply that they’re moving towards a destination that isn’t congruent with themselves.

They want the high paying salary, flashy cars, and holiday homes all without realizing that it won’t make them happy or successful. As Nicolas Cole brilliantly said,

“Where people get into trouble and begin to feel unfulfilled with their work is when they move relentlessly towards a goal that has nothing to do with their definition of success.”

What’s most important is that you come up with your own definition of success and don’t relentlessly work toward someone else’s.

Indeed, simply keeping the lights on for another week is a perfectly fine goal for some individuals, while others might seek to make an independent income and travel the world.

Your goals should be shaped by your own context and ambitions. Not that of your neighbors or any other portrayal by society. However, this is not an excuse to let your current circumstances stop you from pursuing the life you really want. After all, your capabilities are always far more powerful than your circumstances.

Myth 2: Success is Won by Whoever Does the Most

“Not everything matters equally, and success isn’t a game won by whoever does the most. Yet that is exactly how most play it on a daily basis.” — Gary Keller

“Hustle, hustle, hustle,” has come to be a common mantra of the early 21st century. Many people have come to believe that the more you do in a day, then the more successful you must be. Right? Wrong!

Being “busy” doesn’t guarantee success. You can do a lot in a day, but if your activities don’t align with a common goal, you’ll end up getting nowhere. As Benjamin Hardy, PhD wrote,

“Success isn’t that difficult; it merely involves taking twenty steps in a singular direction. Most people take one step in twenty directions.”

Indeed, it’s not enough to simply be “busy.” The question is: Where are you actually going? Answer that, and then say no to almost everything else.

Most growth occurs exponentially. It’s barely noticeable at first, but over the course of months or years, growth begins to compound and large changes occur quite suddenly.

Someone can start a habit, have very little visible progress after years, but then produce one bit of greatness and suddenly take the world by storm. Thus, the notion of “Overnight success” is born.

“When riches begin to come they come so quickly, in such great abundance, that one wonders where they have been hiding during all those lean years.”

Indeed, extraordinary results aren’t even about innate ability or talent anymore. There are so many distractions and options in the world today that people just don’t want to do the work. We’re now playing a patience game.

In the 21st century, success is going to come to whoever’s willing to sit down day after day and do the work — to experiment, learn, and repeat.

Myth 4: You Need Formal Credentials to be Successful

“Wherever it is you want to go, there is a long and conventional path, and there are shorter, less conventional approaches.” — Benjamin P. Hardy

The most creative and “successful” people in the world don’t look for permission before living their dreams. Instead, they create dreams for themselves.

And interestingly, this is actually the entire basis of Shane Snow’s book, Smartcuts: The Breakthrough Power of Lateral Thinking.

In that, he explains that the most popular US Presidents generally spent the least amount of time in politics:

What we learn from this is that it’s not about the credentials: it’s about the skills.

You can learn them in one domain, and then transfer them over to another. This is how you skip unnecessary “dues-paying” and move to where you want to be. As Shane Snow wrote,

Unless what you’re trying to achieve in life requires formal credentials by law, the only limits are the ones you put on yourself. In the words of James Altucher,

Myth 5: Money, Success and Fame Will Make You Happy

“Everyone wants to live on top of the mountain, but all the happiness and growth occurs while you’re climbing it.” — Andy Rooney

Hence, in order to have lasting happiness in life, you need to constantly be striving for bigger and better ideals while looking back at how far you’ve come.

Until you appreciate what you already have, you’ll never be happy with what you get. To finish with a quote from Nicolas Cole,

“Nothing will ever be enough, as long as you are looking to the “thing” to fulfill you.”