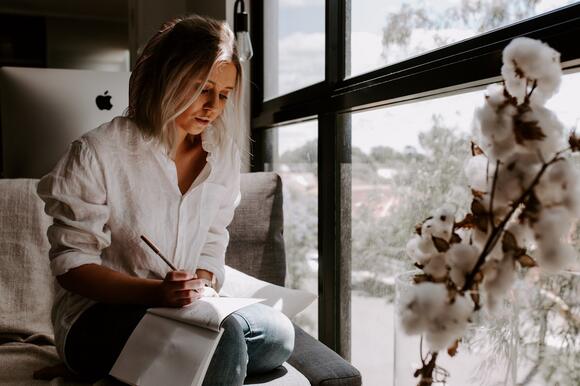 Many people mistakenly believe that it is algorithms and quick hacks that create successful writers. However, if we’re really being honest, these are simply excuses that people use to justify their lack of success.

In my experience, creating successful content is a principle-based and repeatable process. Hence, those writers that we consider to be “successful,” tend to only become increasingly more successful over time.

The remainder of this article will explain the concepts behind their thinking and writing process. Here we go:

While most writers are merely putting thoughts to the page, the most successful writers are focused on leaving their readers with either a very interesting or extremely actionable takeaway.

If they aren’t satisfied with the answers, then they don’t hit publish.

“The world gives to the givers and takes from the takers.” -Joe Polish

While most writers are solely focused on what their writing can do for them, the most successful writers are driven by generosity and curiosity.

Not only are they trying to see how far they can go, but also, they want to bring others to their level too. Their writing is not about getting everything they want, but rather, helping other people get what they want.

“You can have everything in life you want, if you will just help other people get what they want.”

Similarly, Benjamin P. Hardy has said, “When you create incredible value for others, you have the right to make as much money as you want.”

Although for them, it’s not about the money and it never has been. Take it all away, and they’d still be writing. The act of making change happen is why they do it.

They Create a Volume of Work

“The odds of producing an influential or successful idea are a positive function of the total number of ideas generated.” -Adam grant, Originals

The most successful writers understand that creating art is not a sprint but a marathon. As Ryan Holiday put it in his book, Perennial Seller,

“Art is the kind of marathon where you cross the finish line and instead of getting a medal placed around your neck, the volunteers roughly grab you by the neck and walk you over to the starting line of another marathon.”

Thus, those who succeed aren’t defeated by a piece of content being a total flop. If such is the case, then they just get up and create another one. They know that if they simply keep putting work out there, then their time will be coming.

They Don’t Care about the Opinions of the Masses

“You can’t be an important and life-changing presence to some people without also being a joke and an embarrassment to others.” -Mark Manson

Although seeming counter-intuitive, the most successful writers aren’t worried about creating content that pleases masses.

Because they’re unapologetically being themselves, they understand that their story and message won’t resonate with everyone. So, rather than trying to be someone that they’re not, they simply create content for a small group of people that care.

They Know They’ll Write Bad Stuff but Do It Anyway

The amateurs still believe in perfection. They haven’t started yet. They’re waiting for the clouds to open up and rain upon them a brilliant idea.

Although the most successful writers started before they even knew what they were writing about. They started even when they didn’t feel like it.

Indeed, they don’t rely on inspiration, but instead, a habit. As famous English author, Somerset Maugham has brilliantly said,

“I write only when inspiration strikes. Fortunately, it strikes every morning at nine o’clock sharp.”

Their “Success” Doesn’t Change Them

“Lots of people want to be the noun without doing the verb. They want the job title without the work.” -Austin Kleon

The most successful writers are infinitely humble. No matter how many readers, subscribers, or followers they get, they never stop doing the very things that got them there.

If you were to ask them, they’d say their achievements aren’t down to much more than a bit of luck and hard work.

The writers that we consider to be “successful” are not mythical gods, but rather, regular people who have got where they are through a process of experimentation, consistency, and dedication.

While many people will tell you that you can’t become one of them, I’ve learned that if you simply marry your dreams with drive, urgency, and passion, then you can achieve whatever you want.