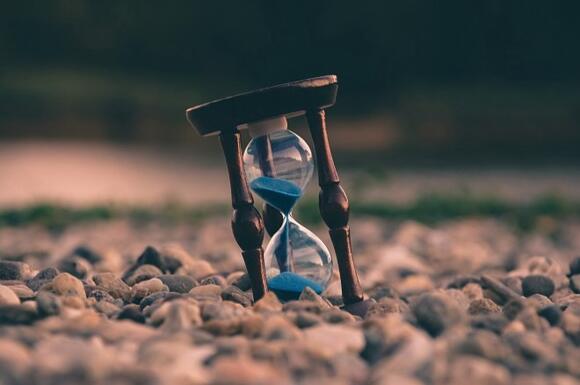 As a result, many people’s brains have become dependent upon quick hit neurochemicals such as dopamine. Hence, they have lost the ability to be patient; they want it all right now.

They want to create one piece of content, make one investment, or go to one practice session and then wake up to be an overnight success.

However, even today, an ancient fact still emerges; success often comes to those who are willing to be patient and embrace the tension of the in-between. As Seth Godin has said,

“Extraordinary benefits accrue to the tiny minority of people who are able to push just a tiny bit longer than most.”

The remainder of this article will explain the principle of patience and how to reap its benefits. Here we go.

“If you can get through the Dip, if you can keep going when the system is expecting you to stop, you will achieve extraordinary results.” -Seth Godin

In his book, The Dip, Seth Godin proposes a simple idea: that for any pursuit worth doing, there will probably be a Dip — a situation in where it’s easier to quit than it is to keep going.

However, as Seth explains, if you can get through the Dip and come up the other side, then you’ll find yourself in places very few people have ever been.

Of course, this phenomenon occurs because anyone can start something; anyone can post a single blog post, launch a business or get a gym membership.

However, very few people can actually become a master of something. Very few people have the patience to show up day after day in order to truly learn their craft. As Hal Elrod brilliantly wrote,

“Repetition can be boring or tedious — which is why so few people ever master anything.”

And frankly, it doesn’t even matter how fast you’re going as long as you just keep moving, because success is sneaky; it’ll often creep up on you all at once. As Napoleon Hill has said,

“When riches begin to come they come so quickly, in such great abundance, that one wonders where they have been hiding during all those lean years.”

You Can Become Your Heroes

“Rather than consuming your hero’s work as a spectator, you should see it as a tennis ball being sent over the net toward you. Your job now is to respond by sending something back even better.” -Benjamin P. Hardy

Often, the difference between you and your heroes is simply a matter of time.

When you look through the NY Times bestselling authors, the world-class athletes, or whoever else you might admire, you only see where they presently are. However, you’ll miss where they began.

And I can tell you that behind all their fame and achievements is often a mass of humbling beginnings, countless hours of work and a mixture of failures.

“Don’t compare your beginning to someone else’s middle.”

Indeed, you need not worry about where anyone else is. You need not stress about what anyone else is doing. Instead, you just need to stay on your own path and take one step after the other.

Do the work. Study and learn. Show up day after day, and you’ll soon be standing alongside your heroes marveling at how far you’ve come.

As the world moves faster and faster, the fundamentals are never changing.

Success and achieving anything you want in life is a matter of patience. It requires you to show up day after day in order to transform who you are and what you know.

In any pursuit worth doing, there will probably be a Dip. Your ability and willingness to push through that Dip determines whether you’ll achieve mediocre or extraordinary results.

The difference between you and your heroes is simply a matter of time. If you stop consuming your hero’s work as a spectator and instead become a competitor, you’ll quickly find yourself playing at their level.

So, are you willing to take the shot?