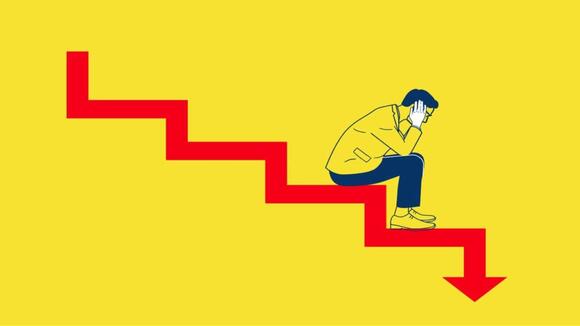 Although now that Bitcoin is reproaching its all-time high at $58,000, Elon Musk’s net worth and Tesla’s Bitcoin investment have hardly moved a nickel.

What’s interesting about this is that it shows a very viable lesson for investors and traders. That is: Don’t focus on short term losses over long term gains.

It’s a given that the price of an asset is always going to move up and down. Twitter user, Pentoshi often shares a quote that says,

If you’re a higher timeframe investor or trader, then you don’t have to predict every single piece of price action. Instead, you just have to understand the trend.

In fact trying to predict where the price is going on the lower timeframes is usually counter intuitive as that’s how you get shaken out and miss the big run.

It’s crucial that we stick to the basics of knowing what sort of trader we intend to be as well as having and following a plan that correlates with that style.

If you get overexposed on a style that’s foreign to you, then you can quickly find yourself losing large chunks of your portfolio as I’ve learned from experience.

The ideal should be to enter each trade with a plan on where to take profits and cut losses, and then simply let it run as most of the time it’s not our plan that fails us but our emotions.

As Victor Sperandeo has said, “The key to trading success is emotional discipline. If intelligence were the key, there would be a lot more people making money trading.”