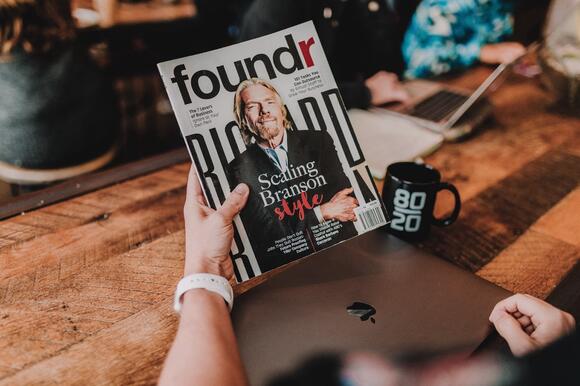 Andrew Carnegie has a quote that says, “The way to become rich is to put all your eggs in one basket and then watch that basket.”

Warren Buffett has similarly said, “Diversification is protection against ignorance. It makes little sense if you know what you are doing.”

What’s interesting is that this is advice which goes against all conventional wisdom in investing and life.

Most people will tell you not to go all-in. They’ll tell you to diversify your portfolio and not take “big risks.” However, the world’s most successful and wealthy people don’t play by these same rules.

Why? Because they’re playing to win rather than playing not to lose.

For example, take the common notation of, “Never risk more than you’re willing to lose.” That’s inherently risk-avoidant. It’s basically saying, “Give it a try, but who cares if you lose?”

On the contrary, the world’s most successful people are living by the mantra, “If you’re going to do something, go all-in, but just make for damn sure you know what you’re doing.”

The remainder of this article will explain how it works. Here we go.

When You Burn the Boats, Success Becomes a Must

“If you want to take the island, then burn your boats. With absolute commitment come the insights that create real victory.” -Tony Robbins

In the year 1519, Spanish conquistador, Hernán Cortés led his army to the shores of Mexico in the hopes of overthrowing the Aztec Empire.

Upon arrival, he did something quite remarkable and rather strange; he instructed his own men to burn the same ships they’d arrived in.

Why? Because he wanted to show them there was no turning back. They either came to the shores and created the victory, or they found themselves 6ft under.

Of course, this may seem a bit silly or “risky.” However, such demanding situations are what create the pressure that force you to rise to the occasion and go to the next level. As Robert Horry has said,

Similarly, Historian Will Durant once said, “I think the ability of the average man could be doubled if it were demanded, if the situation demanded.”

In essence, the higher the stakes, the higher you perform. If you truly want something, then you’ll fully commit to that thing. You’ll let go of the life you have for the one you could have. As William Faulkner famously said,

“You cannot swim for new horizons until you have the courage to lose sight of the shore.”

“Success is about going where others perceive risk but you learn to reduce it.” -James Altucher

Most people never go all in because they’ve been told it’s “risky.” They think that that’s how you overcommit and lose everything. However, few people consider that risk is contextual; what’s risky for me may not be risky for you.

For example, when I went all-in on my writing business a few years ago, many people may have considered that risky. They may have thought I was making the wrong decision and about to end up as a starving artist.

However, what they didn’t see was all the hard work I was doing behind the scenes to mitigate that risk.

What more people need to recognize is that successful entrepreneurs, investors and traders still hate risk, the difference is that they make plans and decisions which reduce that risk.

These people aren’t making decisions and taking actions in an environment where no risk exists. Instead, they’re analyzing the market and then taking action on what they perceive to be an unfair advantage.

For example, Uber saw a better way to serve the taxi market and became a company worth over 100 billion dollars. Airbnb had a different idea for finding short-term accommodation and transformed the industry.

Essentially, what I’m trying to say is that you shouldn’t allow a traditional little saying to stop you from going all-in on something you believe in. If you have a plan and a way to manage risk, then going all-in is how you maximize rewards.

Having backup plans and diversification can seem like a good idea when you’re just getting started. However, if you know what you’re doing, then they can very quickly become nothing more than a hindrance.

As Benjamin P. Hardy has said, “[Most people are] hedging their bets, creating several backup plans in case their dreams don’t quite work out. Ironically, they end up dedicating the majority to their backup plans, and that becomes their life”